HomeLatest NewsBaby whale shows it can breach with the best of them
August 3, 2018

Baby whale shows it can breach with the best of them 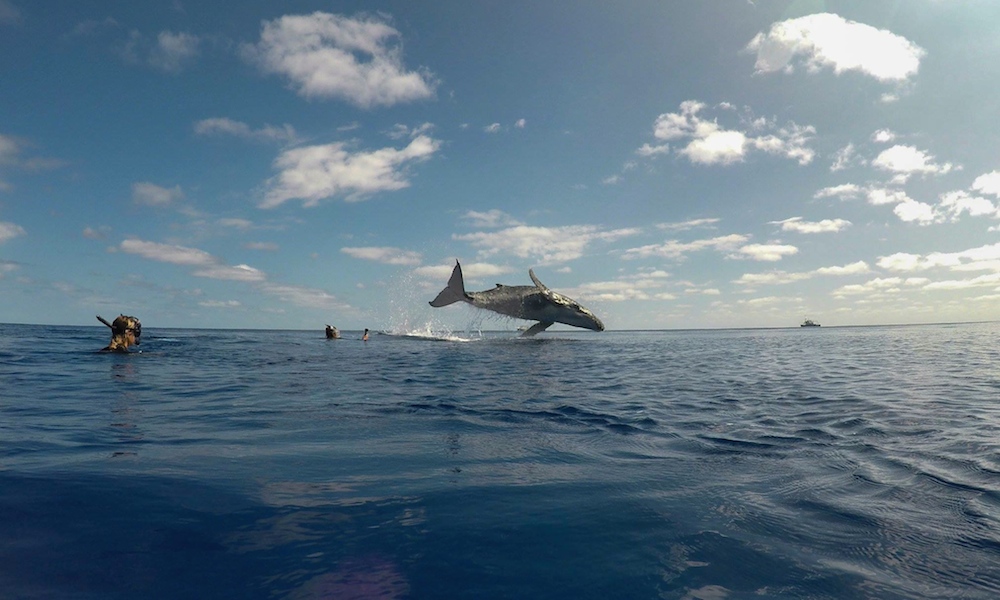 Scott Portelli leads photography expeditions in the Polynesian kingdom of Tonga, where humpback whales gather seasonally to nurse their young and mate.

The calves, or babies, are sometimes playful, and on Wednesday Portelli shared an image on Facebook showing a calf leaping clear of the water as Portelli’s free-diving clients watched in amazement.

Although humpback whales are famously acrobatic and commonly breach, it’s rare to see a whale completely out of the water – and even rarer to capture an image showing such a breach.

“The baby whale had been fairly settled then all of a sudden I saw a shudder of its body and I knew it was about to take of at high speed and breach.

“I yelled out to the rest of the group, which gave us enough time to get our cameras poised as the 3-ton whale propelled itself out of the water.

“It only did one breach, but it was a spectacular moment for the group. I have been doing this for 17 years now and these rare moments are few and far between.”

Portelli states on his website that Tonga is one of only two places in the world where swimming with humpback whales is legal.

The practice is strictly regulated, with only four people and a licensed guide allowed in the water at a given time.

The divers use only snorkels and masks – scuba gear is not permitted – and practice what Portelli describes as “a soft approach to interactions with these amazing mammals.”

Baby whale shows it can breach with the best of them