HomeLatest NewsWhy Do Whales Get So Big? Science May Have an Answer.
March 27, 2018

Why Do Whales Get So Big? Science May Have an Answer. 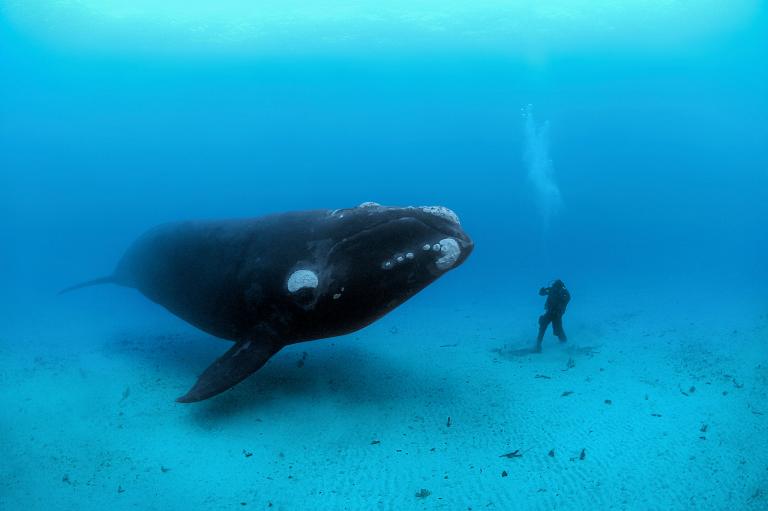 Land mammals can get plenty big, but to find the planet’s true giants, you’ll have to take to the seas.

In a new study, scientists show why that is. Marine mammals “have to find a happy medium between getting enough food and producing enough body heat,” says study leader William Gearty, an ecologist at Stanford University. (Read about a bus-size whale that’s still a mystery to scientists.)

Previously, researchers believed that marine mammals could be so large because the buoyancy of water frees them from the constraints of gravity. Although this freedom may still be a factor, Gearty says that his results show that marine mammals need their heft to keep themselves warm in the often chilly oceans.

“These animals are big for very specific reasons. It’s not that they could be big, it’s that they must be big,” he says.

When Gearty and colleagues created a series of computer models analyzing factors that influence size, they found two that converged to determine body size in aquatic mammals.

The first is that these mammals need to be large to trap enough body heat. Larger mammals also lose less of this heat to the surrounding water, which gives them a major advantage over their smaller counterparts, according to the models, published in the Proceedings of the National Academy of Sciences.

But larger animals need more food to support their bulk, which created the second factor in Gearty’s model. Big mammals may trap heat better, but if they can’t get enough food to fuel their metabolism, then it doesn’t matter. (See National Geographic’s amazing whale pictures.)

Body size is one of the most important traits to study in animals, according to Chris Venditti, an evolutionary biologist at the University of Reading in England who wasn’t involved in the new study.

“If you’re going to measure one thing in an animal, it should be body size because that one thing is related to so many others,” Venditti says. “If you know how big an animal is, you probably know something about how it moves and its metabolic rate.”

In the last five years, scientists have uncovered evidence showing that, over time, families of mammals have tended to evolve larger body sizes. Bulkier animals can better fight off rivals for mating, food, and other resources, as well as access a wider variety of foods.

Land mammals, however, are hemmed in by gravity: They need massive bones and blood vessels to support their bulk while maintaining mobility—no easy feat when you tip the scales at several tons, like an elephant. (Read how blue whales are mostly “left-handed.”)

Initially, when Gearty started studying the factors that affected body size in marine mammals, he thought that he would simply see the elimination of gravity as a constraint.

Instead, his data told him that the minimum size of aquatic mammals was a thousand times larger than the smallest terrestrial mammals. The maximum size, however, was only 25 times larger, which meant that something must be forcing marine mammals to get large.

Scientists still haven’t entirely cracked the mystery of what determines body size in animals, Venditti says, but that hasn’t stopped life from evolving an array of shapes and sizes to fill every niche.