HomeLatest NewsBajau — people living on the surface of the sea
December 28, 2019

Bajau — people living on the surface of the sea

The Bajau ethnic group is often called “sea gypsies.” Most of their lives pass on the surface of the sea. They live in the waters of Malaysia, Indonesia, and the Philippines.

These people spend all the time on the water, from the first to the last day of their lives. Their life is subordinated to the rhythms of the ocean, they are guided by the tides and phases of the moon. Almost none of the people of this nation don’t know their age, they do not count the years.

Most of the life of the “sea gypsies” takes place in boats and in houses standing in the middle of the sea on stilts, several kilometers from the nearest coast. These structures look very fragile, but they do their job well. So, the destructive tsunami of 2004 did no harm to the houses, because in the open ocean these huge waves do not look gigantic at all and don’t have such destructive power.

There is a legend that long ago when Bajau were still living on dry land, the daughter of their ruler vanished in the sea. He was so saddened that he ordered his subjects to go to the sea and not return until they found the girl. She was never found, but the order to stay at sea was executed. Scientists don’t believe in this legend, but they also can’t give a convincing explanation for the appearance of Bajau. 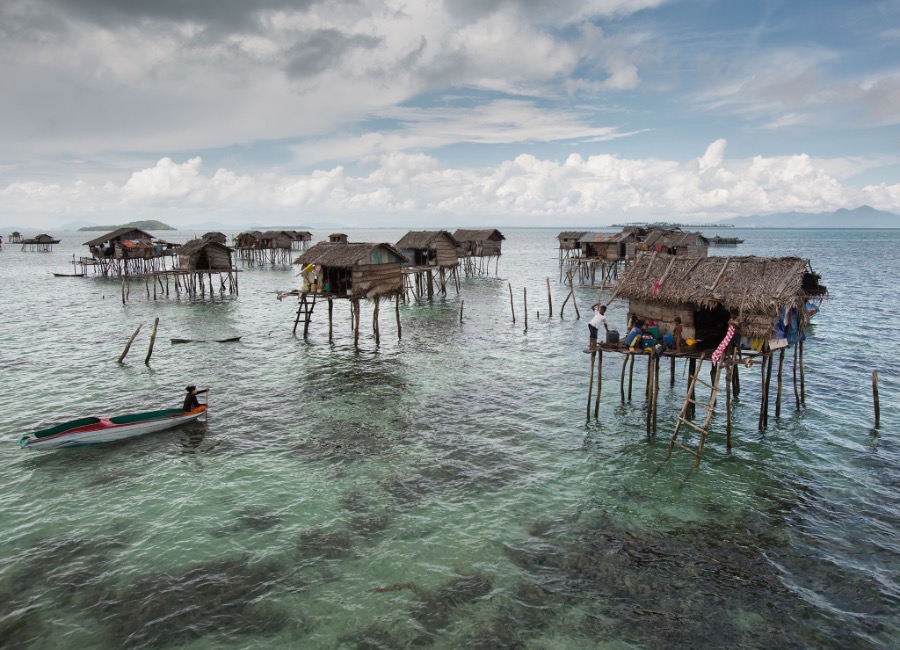 The main source of income for Bajau is underwater hunting. These people are true freediving masters. Without any problems, they are able to dive underwater to a depth of 30 m or more, spending there up to 5 minutes or longer. Ordinary people need constant training for this. But Bajau possess such a skill literally from childhood.

Scientists for a long time could not understand how Bajau got this ability. But a recent study showed that such abilities have been developed for centuries, thanks to the natural selection that sea nomads have undergone for a long time. As a result of this, some of their internal organs have changed. For example, the spleen has increased. Changes in the body led to the fact that during the dive, blood from the limbs of these people surges to the brain and heart. Also, the high production of carbon dioxide stops in the blood. Bajau also has excellent vision, allowing them to see well underwater. But constant divings are the cause that these people do not hear well in old age. 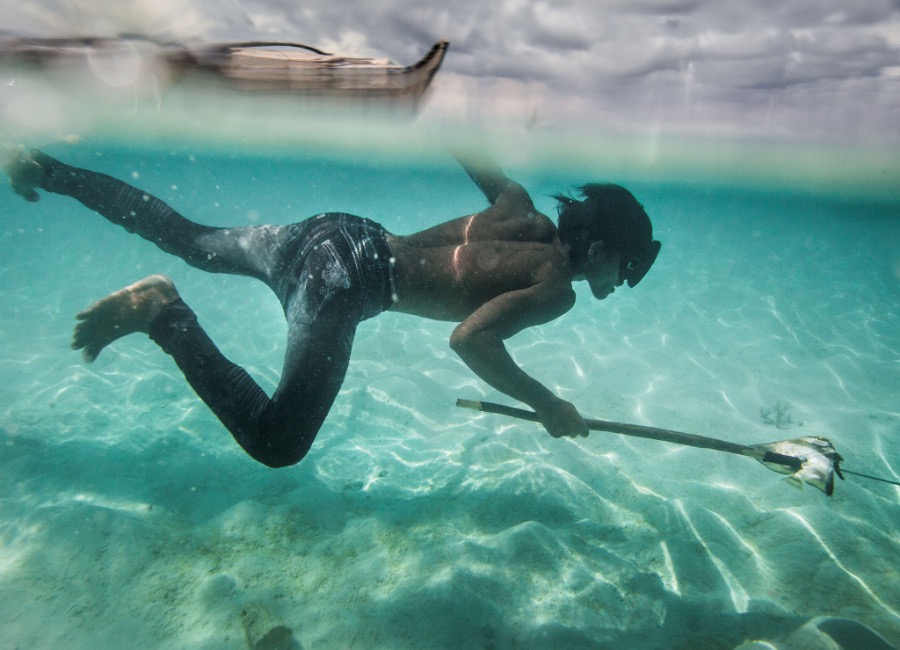 It is interesting that all these changes have the opposite effect — the Bajau people can no longer be on land for a long time. Without the usual wiggle, they have real seasickness. But on land they are very rare. Usually, they do this in order to replenish fresh water and firewood, sell what they have obtained at sea, build new boats and bury their decedents.

However, recently there has been a tendency towards the gradual relocation of Bajau to land. Representatives of young generations increasingly prefer to settle on the shore. Some of them continue to engage in fishing. Others are leaving the surface of the sea for good. As a result, the size of this unique nation is declining, and their culture is dying.