The underwater world is full of life. And this life is so beautiful that many beginner freedivers want to get in touch with it as close as possible. But don’t do it, it can be dangerous for you as well as for marine life.

You should always learn as much as possible about marine life in the area where you dive. This will allow you to avoid trouble. If you dive with an instructor, he will tell you about all the main features of the area, and about animals living in this region and their habits. Once you become more experienced you should be able to find this information by yourself, for example, on the internet. The more you will know, the better.

Even seemingly safe marine animals can be deadly (and vice versa — a terrible creature can be completely safe). For this reason, you should always be careful. For example, you might think that meeting with dolphins in their natural habitat can be very exciting experience. But they can unintentionally break your ribs, just punching you with nose out of curiosity.

Also don’t approach unknown animals and don’t touch them. If you are injured while meeting with a sea animal, immediately seek medical attention.

Don’t swim too close to the coral, best to keep at least a meter away. This is because corals are easily hurt. Also, the corals may be inhabited by very small but very dangerous creatures that you may not notice at once.

Sea mollusks often have very beautiful shells. But never take them in hand! Many of those creatures are extremely poisonous. Fish also can be poisonous and very dangerous for humans. 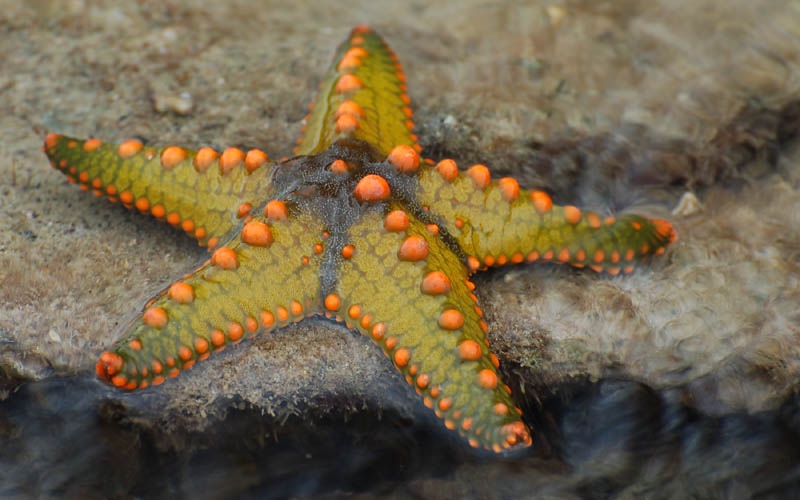 But you also can be dangerous for marine life. Many of such creatures are so fragile that inaccurate touch can cause damage. For example, very beautiful starfishes are very delicate animals and can quickly die without water. So, don’t lift them to the surface. And you can kill a sea cucumber just touching it and damage tiny structures of animal’s body. Corals are not less defenseless though they don’t look so.

All creatures, big or small can be at risk. If you touch fish, you can damage special protective layer on its skin and your action will cause illness and death. And don’t feed fish — human food can be deadly for marine organism.

Also, many marine animals are very cautious and have a fear of people. Too much attention can cause them a lot of discomfort. Typical example are sea turtles.

According to Hollywood movies, sharks are killing machines that constantly hunt people. But it’s far from reality. Of course, sharks are very dangerous predators, but they never attack people specifically. Although this, unfortunately, sometimes happens. Often people themselves provoke such behavior. 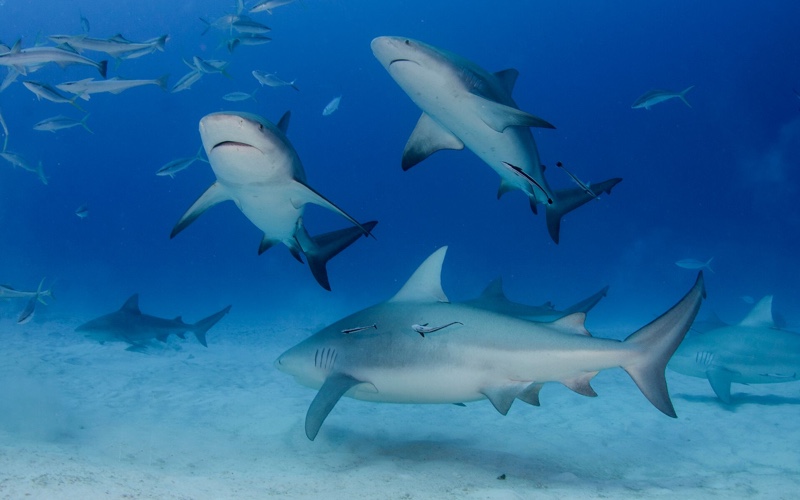 Sharks are very beautiful animals and many divers want to see them in their natural habitat. And there is nothing impossible in such a desire. But you must remember a few important rules.

First and the most important rule — don’t touch or harass the shark, even if it is very small! This behavior is dangerous because it can trigger an attack.

Like many predators, sharks can sense your fear. So, since you decided to swim with them, do not express your fear. Don’t behave like a prey and don’t make too sharp movements. Try to keep calm all the time.

And, of course, you must always follow all instructions received from your instructor.

Sea turtles are very beautiful marine creatures, that always attract the attention of divers. But don’t forget, those animals are endangered (some species are critically endangered). The main reasons for this are the pollution of the environment, fishing, and frequent human disturbance. The seashores are becoming more noisy places and it can scare away nesting mothers. 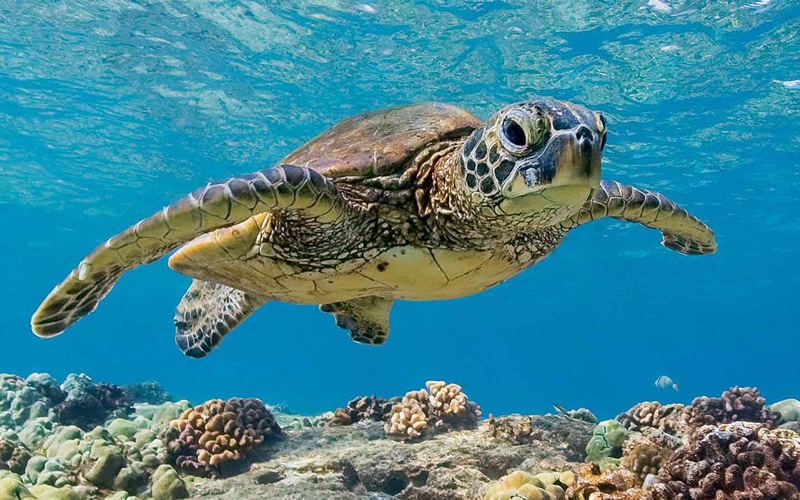 Watching a sea turtle is very interesting process. But don’t come close to them, and don’t try to catch animals, or touch them. Just watch them from quite a distance. If you don’t disturb turtles, you can make very interesting observations.

By the way, there are special centers for the protection of turtles. If you find a wounded animal on the shore, you can help it by contacting one of these centers. For example, at The Dubai Turtle Rehabilitation Project (DTRP) which is located at Burj Al Arab Jumeirah and Madinat Jumeirah.

You are just a guest

Remember the best behavior with marine life is only to observe it. Don’t interfere with marine animals. You are only a guest in their world, don’t forget about it. This is a unique world full of wonders. But it demands a lot of respect from you. And if you follow all the rules, you can see many amazing things.