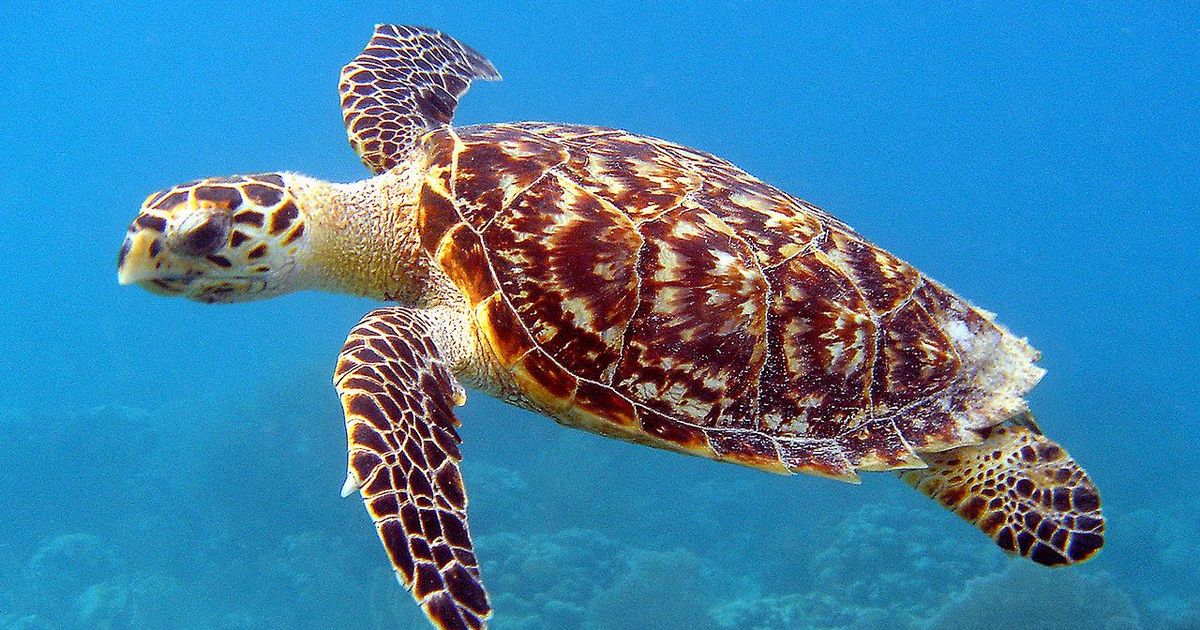 Is Australia’s Great Barrier Reef losing its male sea turtles?
A new study has found that green sea turtle hatchlings in one of the world’s largest colonies are increasingly female, and this trend has been ongoing for decades, with warming global temperatures the suspected culprit.

Sea turtles, as well as some other reptiles, lack sex chromosomes. Their gender is determined by the environment of the nest while the embryos are incubating, and by nest temperature in particular. Warmer sand tends to produce higher numbers of female hatchlings, making sea turtles and other reptiles particularly vulnerable to a warming Earth. Moreover, the range of temperatures that produce 100% males or 100% females spans only a few degrees Celsius. 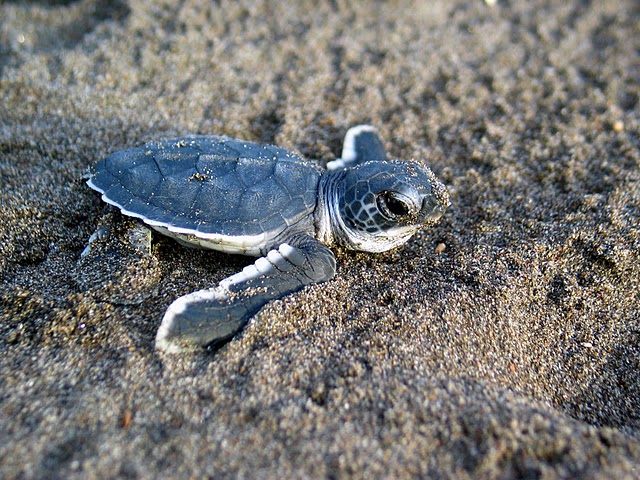 The study’s authors developed a novel method to determine sex ratios of free-ranging turtles from specific regions of the Great Barrier Reef. The researchers matched the sex and age class of green sea turtles to the nesting beaches from which they hatched by combining basic field methods with genetic and hormone analyses.

Lead author Michael Jensen, of the National Oceanic and Atmospheric Administration’s Southwest Fisheries Science Center, said in an email to Mongabay-Wildtech that where turtle populations from genetically distinct rookeries feed together, scientists have been able to estimate the rookery origin of these turtles through their DNA.

“The novelty of this work was the multidisciplinary approach that combined genetic and endocrine data from the same turtle,” Jensen said. “We assessed the secondary sex ratios of turtles at foraging grounds – as opposed to looking at primary sex ratios of hatchlings produced on a specific nesting beach. We believe our approach offers a better way of tracing trends in a population’s sex ratio. Foraging grounds encompass turtles of different life stages (juveniles, subadults and adults), which represents different generations of turtles and therefore many years of hatchlings produced from regional nesting beaches. That gave us a window into sex ratios produced over time from different rookeries.”

Wrangling turtles for their DNA

Virtually no turtles nest in the middle stretch of Australia’s 2,300 kilometer (1,400 mile)-long Great Barrier Reef, so the northern and southern breeding populations are genetically distinct.

The researchers sampled 411 turtles at foraging sites (74 of them during a 2008 study) in the middle section. Turtles of many ages from distinct nesting areas congregate in these shallow waters to feed, so sampling there allowed the researchers to estimate sex ratios of turtle cohorts from various beaches over the past 50 plus years. 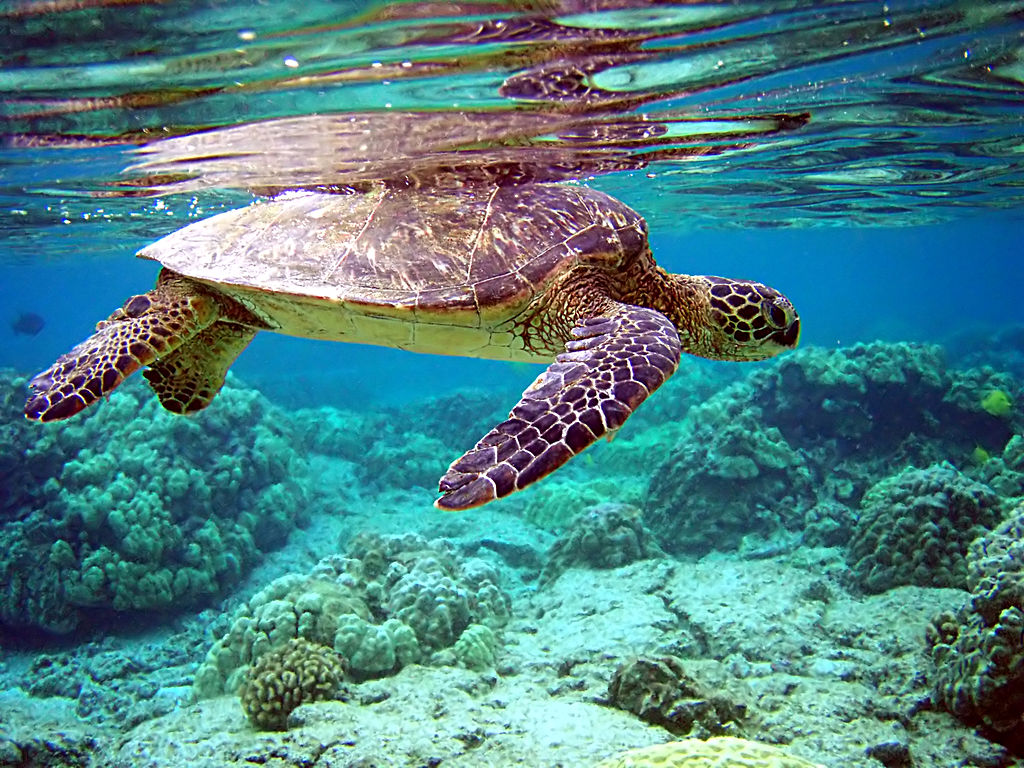 They first had to catch the turtles – “rodeo-style” – which consisted of finding, following, and hand-catching the animals from a small boat, then bringing them to shore to process them. Assigning age class was easy and based on the length of each animal’s curved carapace.

The researchers distinguished adult males turtles from females by noting their longer tails and measuring testosterone in blood samples. Sea turtles lack external sex-based traits until they reach maturity, however, so the scientists also physically examined most of the immature turtles to ensure they’d assigned gender correctly.

Laparoscopy, the surgical technique used to definitively determine a turtle’s sex, runs a thin tube into the turtle to briefly examine its reproductive organs. The turtle recovers from the procedure in a couple of days, so researchers have been testing less-invasive and labor-intensive techniques to assess sex ratios of immature turtles.

The researchers linked each turtle back to the beach from which it hatched by analysing DNA from skin tissue samples and ran models to group the foraging turtles based on their genetic similarity. Female and male green turtles along Australia’s east coast will feed in various preferred foraging grounds but return to the area around their nesting beach to mate. 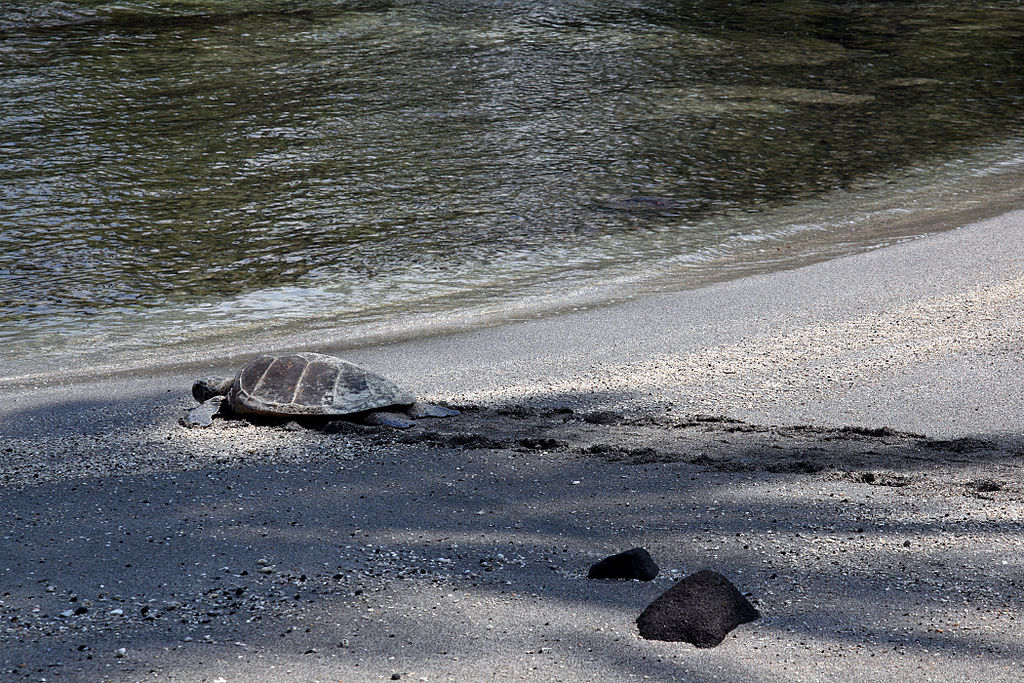 Where the boys are (not)

The scientists showed that the northern part of the Great Barrier Reef, in particular, has been producing mainly females for more than 20 years by determining the genetic origin of turtles from each sex relative to their life stage. They found that turtles that had hatched on the cooler southern nesting beaches showed a “moderate” sex bias (65%–69% female), similar to reports from feeding grounds located in the southern region. However, nearly all the turtles (87% of adults and over 99% of both juveniles and subadults) that originated from beaches in the warmer northern portion of the Great Barrier Reef were female.

The scientists estimated monthly temperatures of the sand on the key nesting beaches using air and sea surface temperatures from 1960 to 2016. They found sand temperatures consistently remained above the “pivotal” temperature of 29.3°C (84.7°F) – the value corresponding to a roughly equal number of male and female hatchlings – starting around 1980.

Some imbalance in the female-male ratio may be expected and potentially beneficial. Male sea turtles tend to breed more frequently and with more individuals than females do, which may mitigate some of the imbalance.

Nevertheless, scientists have seen turtle sex ratios become increasingly female-dominated over the past few decades, and they fear that warming air and sea temperatures may begin causing single-sex populations that cannot sustain themselves.

Moreover, the authors state in their paper, “extreme incubation temperatures not only produce female-only hatchlings but also cause high mortality of developing clutches.”

“While some of the decreased hatching success [that researchers in Australia have observed] might be explained by high temperatures, many other factors influence hatching success (for example, flooding of the nest from increased water table),” said Jensen. “We are just now beginning to understand the problem, so we have more work to do before we can begin to suggest ways to address it. The good news is that a lot of research is now focusing on understanding the influence of environmental factors on sea turtle hatchlings’ success.”

Researchers have seen over decades that warming temperatures alter the sex of sea turtle hatchlings; this study is the first to document the trend in a major wild population.

The findings suggest that wildlife managers consider strategies to lower incubation temperatures at key nesting sites of sea turtles and other temperature-dependent species around the world. Moisture and shade from coastal vegetation, for example, also affect sea turtles’ incubation and, thus, the sex of hatchlings, by keeping sand temperatures cooler.

Avoiding extreme incubation temperatures, the authors state in their paper, would help “boost the ability of local turtle populations to adapt to the changing environment and avoid a population collapse or even extinction.”

Jensen and colleagues hope their work will encourage others to do similar studies, as it offers a rapid way to monitor trends in turtle population sex ratios.

“However, the success of this method depends on many factors, such as accessibility to large sample sizes of turtles at foraging grounds, understanding the genetic characterisation of rookeries that might be contributing to the foraging grounds, and the degree of genetic structure among those rookeries,” said Jensen. “So whether this method will work in other regions and other species should be assessed on a case-by-case basis.”