Dolphin sanctuary gains steam thanks to ‘The Cove’ director push 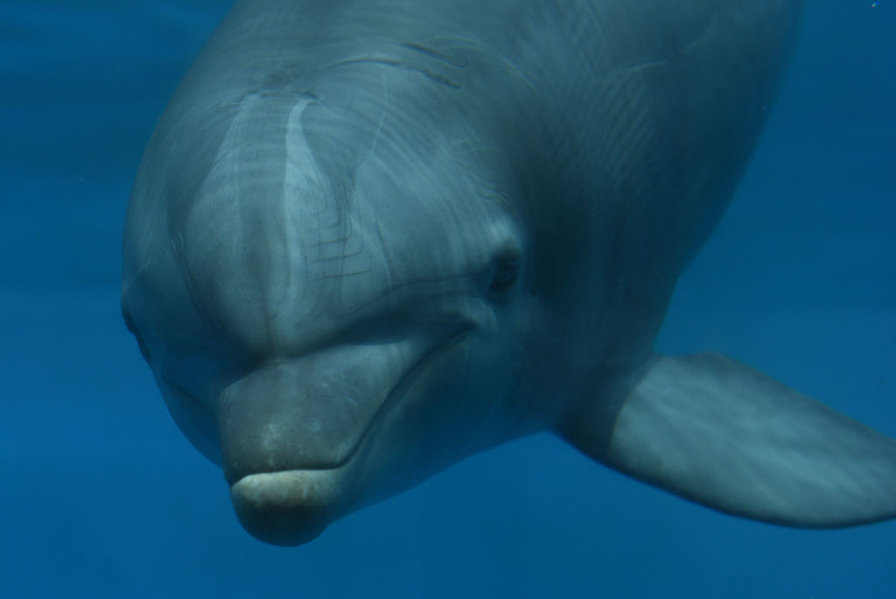 This month, along the misty coastlines of Cascadia, a place where the Pacific Northwest blurs into the green Canadian wilderness, Louie Psihoyos—the director of the Academy Award-winning documentary The Cove—will be scouting out locations. It won’t be for a new film, however.

Since the release of his 2009 documentary, and with the help of Blackfish in 2013, Psihoyos says many Americans—and millions of people around the world, for that matter—have become increasingly sympathetic to the idea of retiring captive dolphins from their lives in the limelight. Indeed, in recent years protests against oceanariums have swelled in numbers and size—demonstrators routinely cite the films.

“[Dolphins] deserve respect and certainly don’t thrive in a sterile concrete tank any more than a prisoner would thrive in a jail,” Psihoyos tells Big Think. “These animals didn’t sign up to do tricks for food—a dolphin show is a grotesque spectacle of dominance.” This said, Psihoyos, who is currently the executive director of the Colorado-based Oceanic Preservation Society, has lent his support to The Whale Sanctuary Project’s endeavor to build a seaside asylum for captive marine mammals. It is poised to be the first North American whale sanctuary.

The project, which is currently in the phase of narrowing down potential sites—a location in Nova Scotia is still on the table—calls for what animal rights activists believe is the righting of the wrongs from yester-decades. Among them, for example, was the capture of nearly an entire generation of Southern Resident killer whales during the ’60s and ’70s for exhibition purposes. The roundup, according to NOAA Fisheries, had a long-lasting effect on the now endangered pod.

“To create a generation of humans that respects these animals, we need to make amends by creating a sanctuary so they can at least live out their lives in a more natural ocean habitat,” Psihoyos says, then describing one impetus for why his organization, and others, are supporting The Whale Sanctuary Project’s big idea. “The [entertainment] industry claims they would release some dolphins back to the wild but there isn’t an adequate facility. By creating a sanctuary we remove this excuse.”

With the expensive seaside sanctuary poised to be built, is it fair to say dolphins have a privileged status among some activists? Yes, in a way. Dr. Naomi Rose, a marine mammal scientist at the Animal Welfare Institute, and a board member of the Whale Sanctuary Project, believes the reason for this fondness for the marine mammal—besides the recent documentaries advocating for their wellbeing—may be tied to their alien-like stature to humans.

For years, this “fascination” helped marine mammal parks across the United States exist with glowing auras, no to mention steep profits. It also gave way to research the animals that have helped us better understand them. For instance, new studies suggest orcas not only live in complex social structures in the wild, but they are far-ranging animals that may be cramped in their current enclosures. In the wild killer whales can swim up to 100 miles each day. These are just two critiques activists have against capturing and keeping dolphins in captivity.

Despite the recent cultural changes, Psihoyos says some people in the dolphin exhibition business are still threatened by the construction of a sanctuary for captive dolphins to live, a place between captivity and complete rehabilitation back into the wild. “When we select a location we’re going to need all the help we can get, political, as well as social—the industry will push back because a sanctuary undermines captivity as their business model,” he says.

Although pushback is expected, it hasn’t served as an excuse to stop envisioning and preparing a site to retire captive dolphins. In the end, Dr. Rose alludes that if other animals appealed to the human sense of wonder as much as dolphins do, they may be better protected. Or perhaps people need to reexamine animals—pigs, cows, bugs, goats, etc.—until they begin to take on an otherworldly charm.

“If there are some activists who think cetaceans are special, that’s their prerogative, but from an ecological and evolutionary standpoint, no species is privileged, and that includes human beings,” she says. “Biodiversity is essential for evolution and ecological health—all species play their roles. No one species should be set above any other—I truly mean that.”