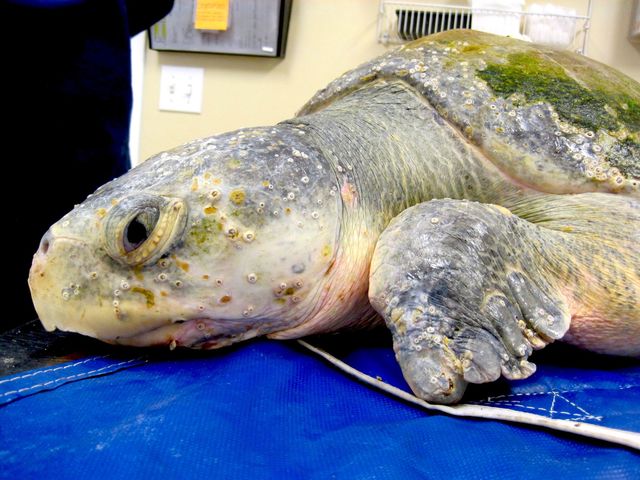 SANIBEL, Fla. — An endangered Kemp’s ridley sea turtle was released back into the water by the Clinic for the Rehabilitation of Wildlife (CROW) on Tuesday morning.

The turtle was suffering from the effects of brevitoxcosis, known as red tide poisoning. It also had an old injury that resulted in the loss of part of its left front flipper, but had already healed.

The sea turtle was treated at the clinic for two weeks and made a full recovery before being released back into the water.