Free diver Hanli Prinsloo holds her breath for several minutes at a time as she plunges into the deep blue sea. It may sound terrifying, but what distresses her more is the way Hong Kong consumes seafood.

“I meet so many people who love our photographs and the stories we’re telling,” she said. “But it breaks my heart to know just downstairs from the hotel I’m staying in there are restaurants serving shark fin soup.”

Over the course of her free-diving career she has seen the ocean change. 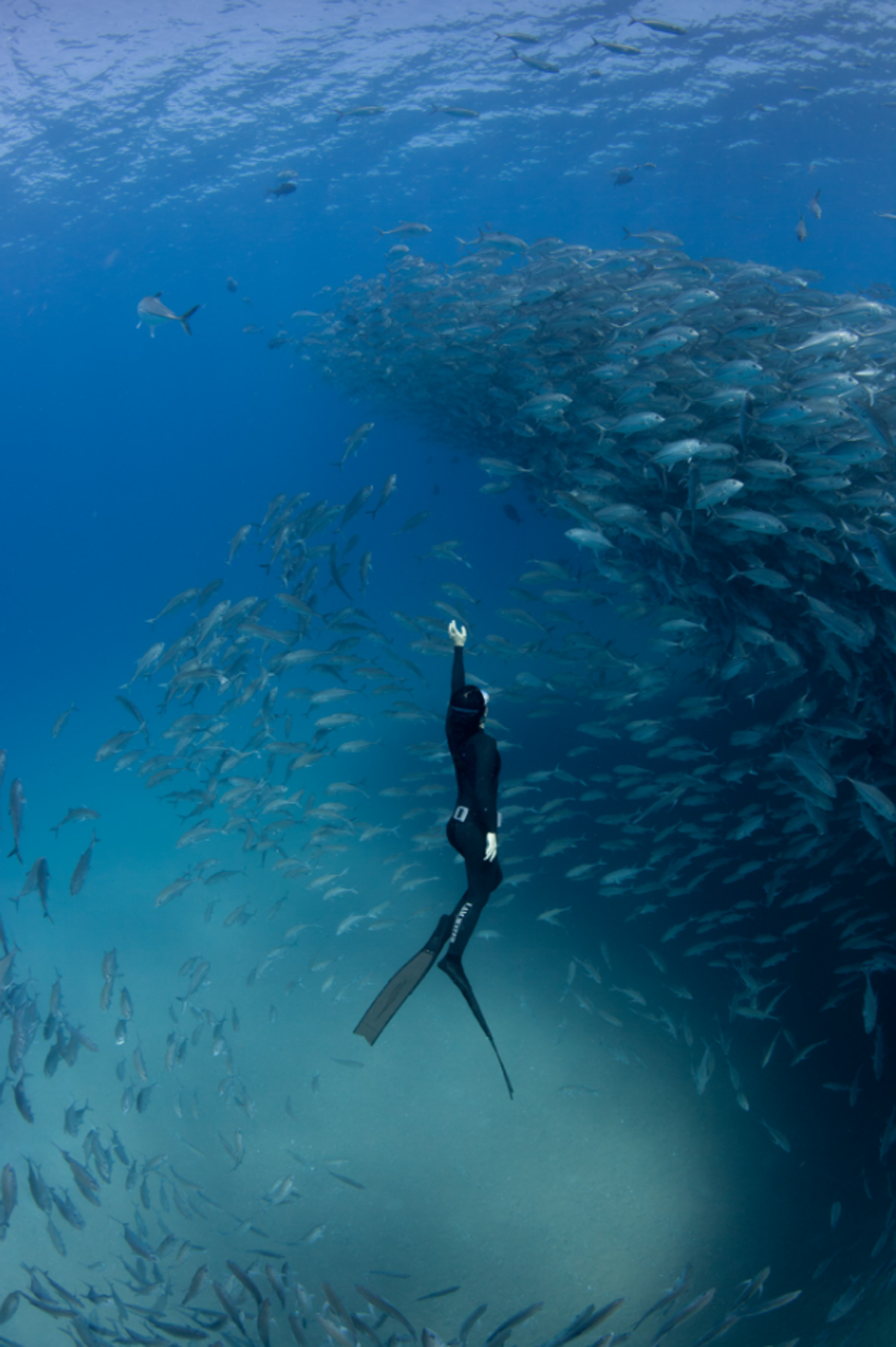 Hanli Prinsloo feels a sense of freedom when she dives. Photo: The Last Wilderness

“In Hong Kong and into mainland China, an understanding of how we consume seafood can really influence the well being of our ocean,” Prinsloo said. “There are many places where I’ve seen the disappearance of sharks and I can see the devastation it can cause to the reef.”

It is not just Hong Kong, though, as she has seen bleached coral, plastic-strewn beaches that were once pristine, dolphins playing with plastic bags where they once played with puffer fish and over fishing devastating ecosystems all over the world. 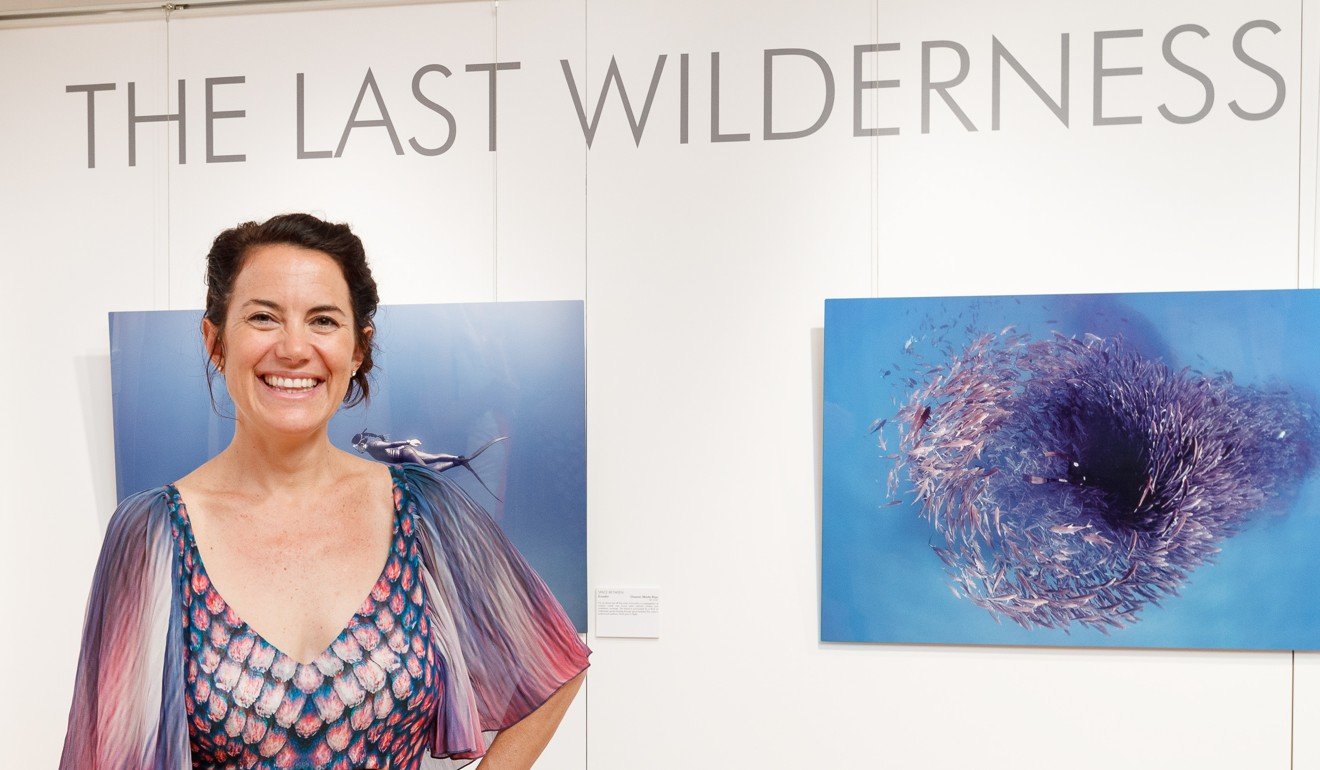 “It’s heartbreaking to see a place you’ve explored and loved for so long being destroyed because of our actions and because we haven’t thought about what our actions can do,” she said. “ But I believe in sharing a hopeful message – if we give up hope the ocean is hopeless.”

The photo exhibition, which is by former swimmer Peter Marshall, who held eight backstroke world records during his career, and features Prinsloo, is showing at 29th floor Wyndham Place on Wyndham Street until August 18.

Prinsloo’s path to free diving was not an obvious one, as it is for many who take up the sport after growing up on the shore or on islands. 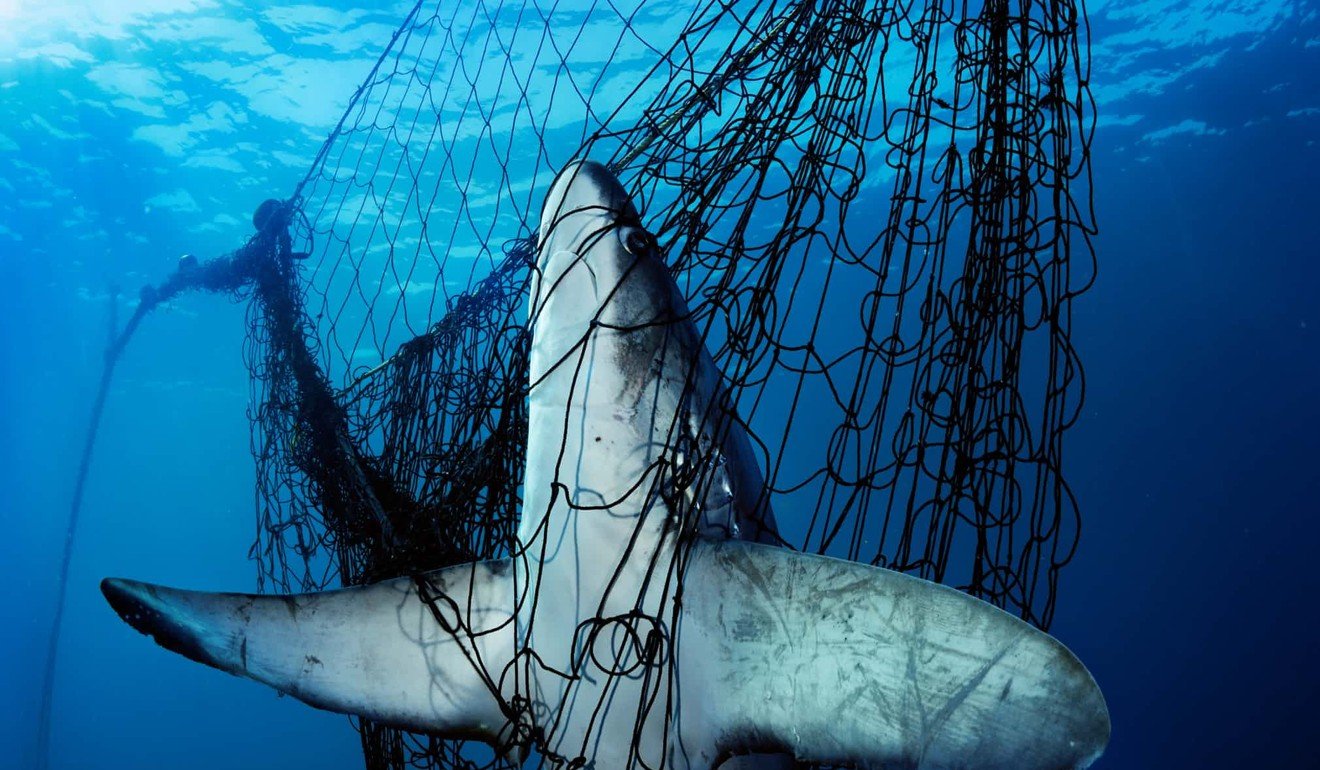 When sharks disappear it can devastate ecosystems. Photo: Brian Skerry/Photographers Against Wildlife Crime/Wildscreen

She grew up on an inland farm near Johannesburg where her father raised horses. It was not until she moved to Sweden in the 1990s that she found a free-diving coach.

“The first time I free dived was in a fjord, in dark water, my wetsuit didn’t fit and my mask was fogged up but it felt like coming home,” Prinsloo said. “It was the freedom I’ve always been looking for, that total immersion and being part of nature.”

Since then, Prinsloo went on to break a number of South African free diving records and became the first South African to hold records in all competitive free-diving disciplines – such as diving to 126 metres with no fins, a dive known as dynamic apnoea. 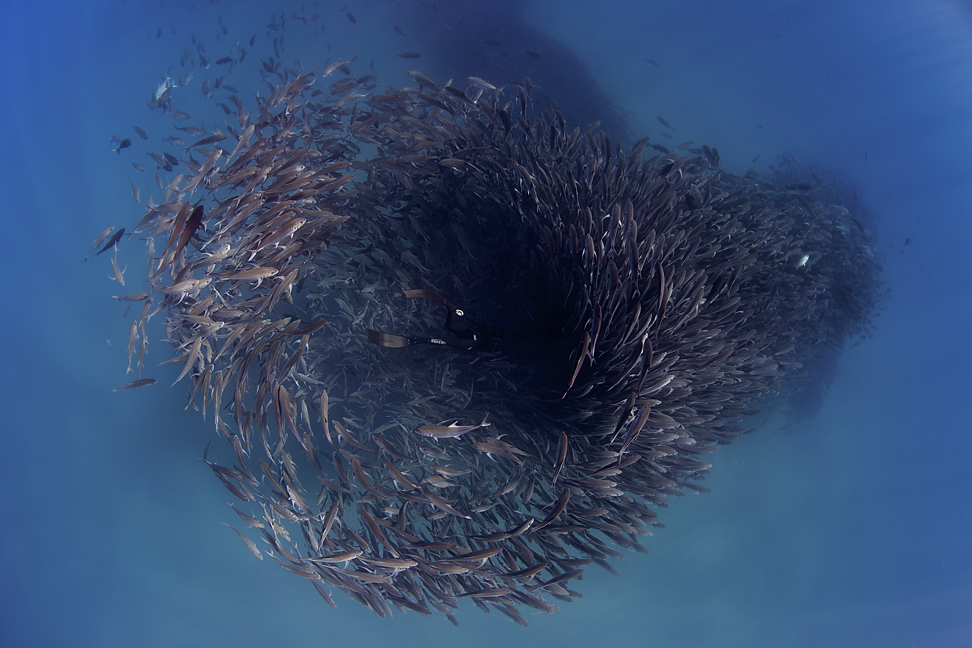 Hanli Prinsloo descends into a school of fish. Photo: The Last Wilderness

“Free diving is a mental sport,” she said. “Mental prep is around being incredibly calm and centred. When I was competing for really deep dives, it wasn’t just in a couple of hours leading up. It was days leading up of calming down and almost being simplistic.”

“The breath really helps you connect with the mental side of the body. It becomes an anchor.”

“Free diving is such an inclusive practise,” Prinsloo said. “You don’t need any equipment but because of the risks involved make sure you start with a teacher.”