Conquering your fear when attempting to surf huge waves can be a challenge.

In the upcoming October issue of the Red Bulletin, world team surfing champion Justine Dupont credits freediving for her ability to face down the biggest waves without fear. 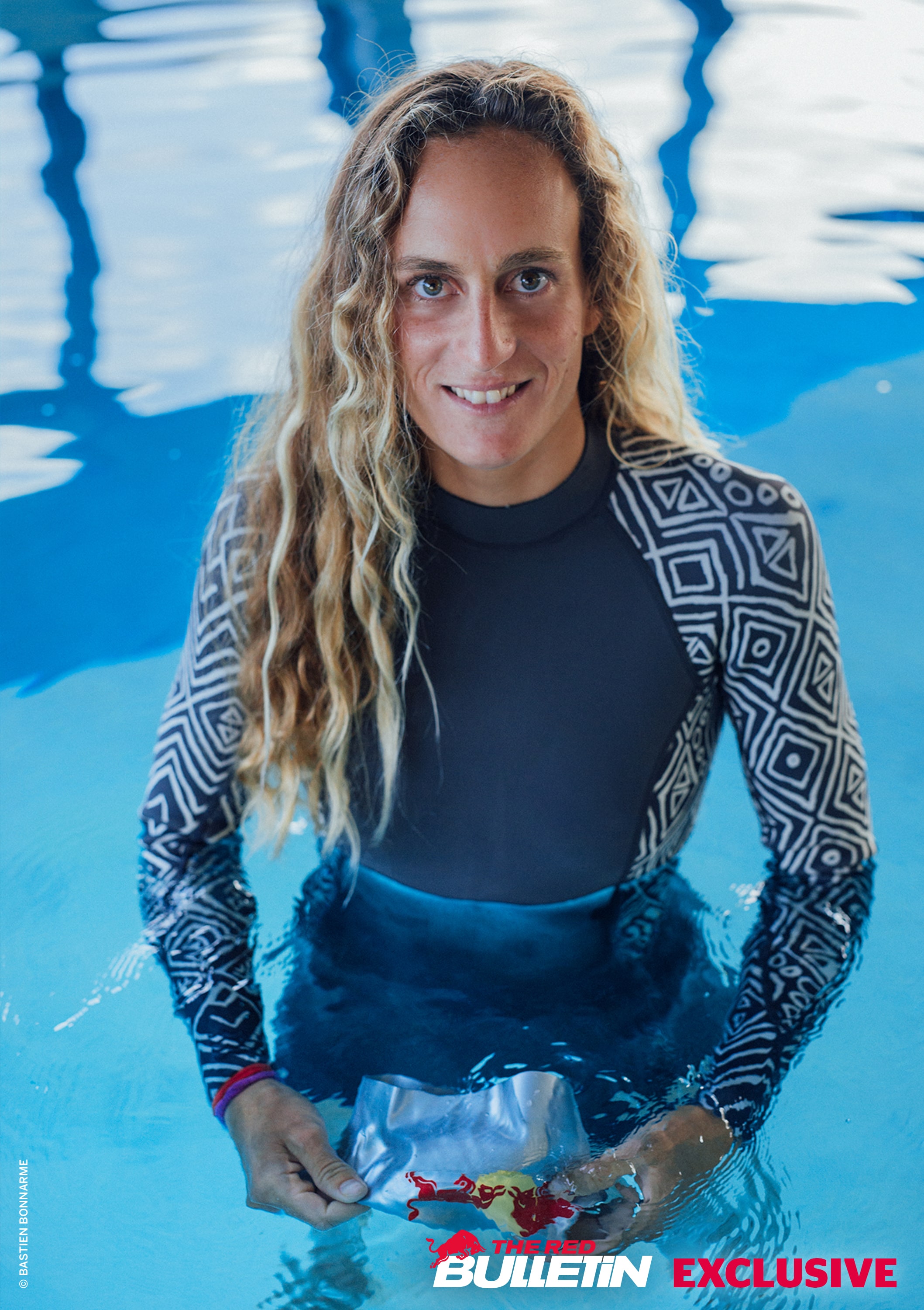 In the Red Bulletin, she explains why freediving is her way of demystifying the sheer size of the waves.

Here’s an excerpt from the upcoming issue:

Any trip Justine Dupont makes to the diving tower at La Teste-de-Buch near Bordeaux is a return to a bizarre world, a stark contrast to a big-wave surfer’s regular life; a still, peaceful parallel universe in which the churn and violence of the surface are left far behind.

Last winter in Nazaré, Portugal, one of the globe’s major big-wave hot spots, was no different. There, the waves — vast 100-foot-high slabs as tall as a city block and collapsing like dynamited buildings — are Dupont’s playground. And yet within seconds of a dive, and 30 or 60 feet down, she’s overcome by calm, cocooned by the deep and wrapped in a cloak of serenity. “You can’t hear a thing below the surface,” says the 26-year-old. “It’s as if time stands still. Plus, there’s this unbelievable three-dimensional freedom — a lightness. You concentrate on the here and now. It’s magical.”

Dupont has been practicing freediving twice a week for two years to learn how to react as calmly as possible should something happen while she’s in the water. She goes to the diving pool at La Teste-de-Buch as often as she can. Her trainer, Laurent Gamundi — an expertin freediving and underwater hunting, whose club, Biarritz Chasse Océan, hasa diving course for surfers — watches over her while she’s there.

“At first, I had difficulty letting go,” says Dupont, “but now I feel totally liberated. I used to think too much about the exercise itself and whether the time I spent in the water was long enough to prepare me for the conditions in the sea at Nazaré or at Belharra in the Basque Country.”

Read the full interview at RedBull.com and in the October issue of The Red Bulletin — on newsstands beginning September 19th. 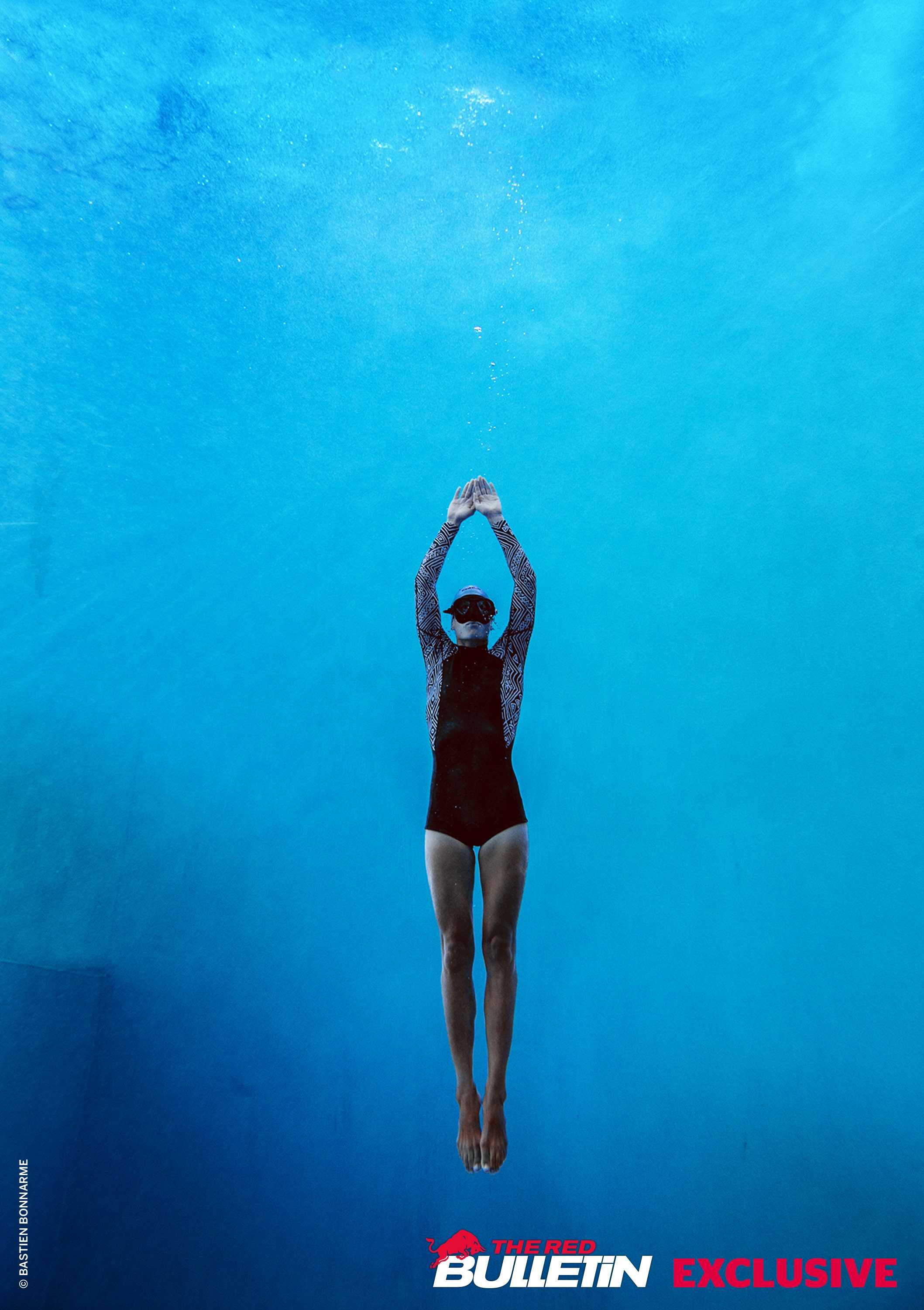