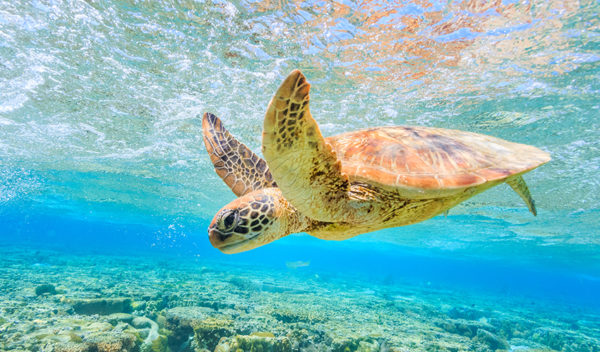 Environmental authorities in Mexico say they have denied permits for a proposed hotel near one of Mexico’s most important sea turtle nesting beaches on the Caribbean.

The 520-room hotel project would have erected 23 buildings and an artificial lake on property just inland from the Xcacel beach, north of the resort of Tulum.

The federal Environment Department said in statement late Monday the project could threaten Xcacel, and called it “the site with the largest observed nesting of sea turtles on the entire Yucatan Peninsula.”

The beach is a nesting site for loggerhead, hawksbill and green sea turtles, and part of the land is considered a protected area.

But parts of the property behind the beach have been the target of real estate development plans since the late 1990s. Environmental authorities have turned down at least one previous proposed “eco hotel” project there.

Some environmental groups had been pushing Pena Nieto for a near-total ban on almost all fishing in the upper Gulf of California, also known as the Sea of Cortez.

Some activists had proposed the ban to protect the critically endangered vaquita porpoise, of which fewer than 30 remain.

Vaquitas have been decimated by nets set for the totoaba fish, whose swim bladder is considered a delicacy in China and commands high prices. Poachers often hide among legitimate boats to catch totoaba and sell the bladders. The government has struggled to enforce a ban on gill-net fishing in the area.

But Lopez Obrador said over the weekend that “we have gotten visits from fishermen who were worried that the federal government would decree a fishing ban in the Gulf of California,” Lopez Obrador said. “We talked with Pena Nieto and that decree has been blocked.”