Pigeye shark is one of the species of a requiem shark that is part of the diverse family Carcharhinidae. Such sharks often live in the warm tropical as well as subtropical waters in the eastern geographical locations of the Atlantic Ocean, as well as in some areas of the Indian and Pacific Oceans. Their home is insular and continental shelves. A characteristic habitat of Pigeye sharks is coastal zones and reef regions. 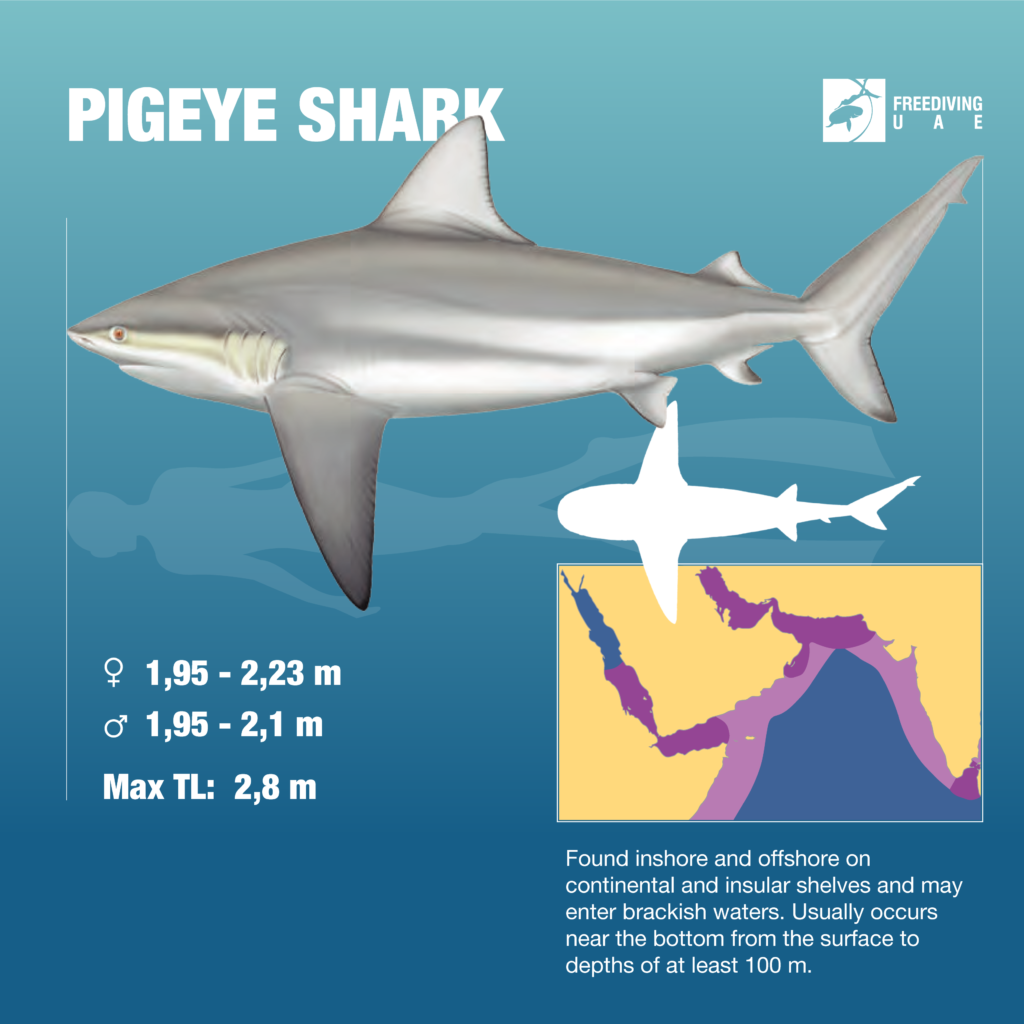 They can be seen near the bottom down to a depth of 100-150 meters, these sharks prefer more muddy and shallow waters, and areas with a soft bottom are also attractive for their permanent residence. Pigeye shark prey mainly close to the bottom of the sea, they feed on a variety of prey, including fish, shellfish, crustaceans, sea snakes, etc. These sharks are mostly solitary animals, but sometimes they are observed in small groups.

Pigeye sharks have a large body of gray color, their rounded snout is wide, small eyes with long membranes are located on it. Also typical for the appearance of Pigeye sharks is that the height of the first dorsal fin, which has a triangular shape with a pointed top, is three times bigger than the second, The caudal fin of Pigeye sharks is asymmetrical with a long upper lobe and a slightly smaller lower lobe.

In appearance, the Pigeye shark is sometimes confused with another shark species – the Bull shark. Pigeye shark usually reaches a length of 195–220 cm for females and 195-210 cm for males. The maximum length recorded for this species of sharks is 280 cm.

Pigeye sharks are not for a current moment considered dangerous to humans; no attacks have been officially reported. At the same time, their size and sharp teeth still make them potentially dangerous and it is not recommended to interact with them in any way.