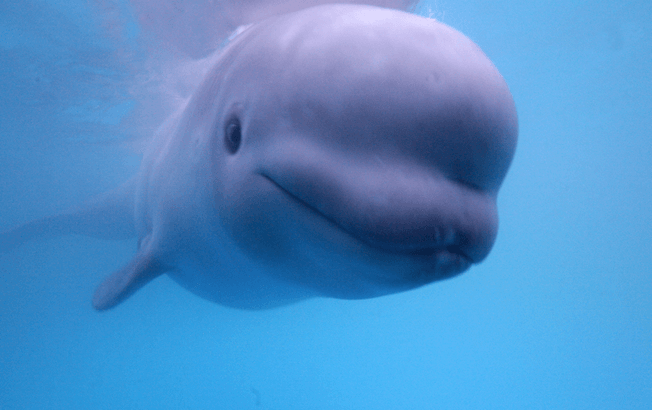 An endangered baby beluga whale is getting a second chance at life thanks to rescue efforts from SeaWorld.

The beluga calf, named Tyonek, will live at SeaWorld San Antonio as the first-ever beluga whale from Cook Inlet, Alaska to be successfully rescued and rehabilitated.

Tyonek was found stranded in 2017 in Cook Inlet. He was less than a month old.

Experts from the Alaska SeaLife Center believe the whale had been stranded for several hours. He was in a weakened condition but did not show evidence of major physical trauma. It is likely Tyonek’s mother either abandoned him or died, so reuniting him with her was not an option.

NOAA Fisheries selected the calf’s new home at SeaWorld San Antonio because it is the “location best suited for Tyonek to thrive.”

The federal agency based its decision largely on the facility’s ability to accommodate his social and medical needs, support all necessary transport and contribute to scientific research on the species to help conservation efforts in the wild.

“We are proud to play our part in Tyonek’s continued care, alongside the federal government and others who have helped since his rescue,” said SeaWorld Chief Zoological Officer Dr. Chris Dold. “Experts from across North America came together to give Tyonek a second chance at life, and this is the culmination of those countless hours of care from passionate and dedicated people.”

NOAA Fisheries determined Tyonek to be non-releasable in January 2018.

According to NOAA Fisheries, at five months, Tyonek is currently nutritionally and socially dependent, and lacks both survival and socialization skills needed to be successful on his own in the wild.

NOAA noted there are approximately 328 Cook Inlet beluga whales left in the wild.