HomeLatest NewsScientists Invent Oxygen Particle That If Injected, Allows You To Live Without Breathing
November 16, 2016

Scientists Invent Oxygen Particle That If Injected, Allows You To Live Without Breathing

A team of scientists at the Boston Children’s Hospital have invented what is being considered one the greatest medical breakthroughs in recent years. They have designed a microparticle that can be injected into a person’s bloodstream that can quickly oxygenate their blood. This will even work if the ability to breathe has been restricted, or even cut off entirely. 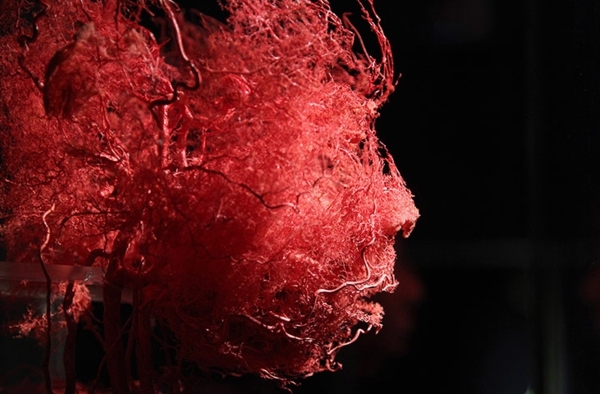 This finding has the potential to save millions of lives every year. The microparticles can keep an object alive for up to 30 min after respiratory failure. This is accomplished through an injection into the patients’ veins. Once injected, the microparticles can oxygenate the blood to near normal levels. This has countless potential uses as it allows life to continue when oxygen is needed but unavailable. For medical personnel, this is just enough time to avoid risking a heart attack or permanent brain injury when oxygen is restricted or cut off to patients.

Dr. John Kheir, who first began the study, works in the Boston Children’s Hospital Department of Cardiology. He found inspiration for the drug in 2006, when he was treating a girl in the ICU who had a severe case of pneumonia. At the time, the girl didn’t have a breathing tube, when at the time she suffered from a pulmonary hemorrhage. This means her lungs had begin to fill up with blood, and she finally went into cardiac arrest. It took doctors about 25 minutes to remove enough blood from her lungs to allow her to breath. Though, the girl’s brain was severely injured due to being deprived of oxygen for that long and she eventually died.

The microparticles used are composed of oxygen gas pocketed in a layer of lipids. A Lipid is a natural molecule that can store energy and act as a part of a cell membrane, they can be made of many things such as wax, vitamins, phospholipids, and in this case fat is the lipid that stores the oxygen.

These microparticles are around two to four micrometers in length and carry about three to four times the oxygen content of our own red blood cells. In the past, researchers had a difficult time succeeding as prior tests caused gas embolism. This meant that the gas molecules would become stuck trying to squeeze through the capillaries. They corrected this issue by packaging them into small deformable particles rather ones where the structure was rigid.

Medical: There is the obvious medical uses where the microparticles can be used to save off death from a restriction in breathing due to inflammation of the lungs, collapsed lungs, and the like. It would be good to have these injections ready in hospitals and ambulances for when the time is needed.

Military: Can you imagine a navy seals capability when they wouldn’t need to surface for air and could stay underwater for over 20 minutes? If a boat was to begin to sink, you could shoot yourself as the boat is going down to ensure you aren’t drowned in the under current of the sinking vessel. How about for toxic gases when a facemask is unavailable. The military could have a number of uses for such a medical advancement.

Private Sector: Really this can be used as a precaution for anything nautical where the potential to drown is a real danger. Deep sea rescue crews could inject themselves prior to making a rescue, underwater welders can use it in case they become stuck or air is lost to their suits. The potential use for anything water related seems extremely worthwhile.

In the end, this is an amazing medical advancement and I cant help but recall the movie the Abyss when they took the pill, their helmets filled with air, and they were told they can breathe the water. Well what if they really couldn’t “breathe” water” but since the urge to breathe is natural, that must take place… even if you’re not breathing air per se. But your body was provided with enough oxygen for a time period by taking a pill. It’s just goes to show that anything, absolutely anything that can be thought up, can potentially one day become reality. Thank you scientists, for reminding me that people and their ingenuity are nothing short of awesome.