What happened to all the male sea turtle hatchlings? 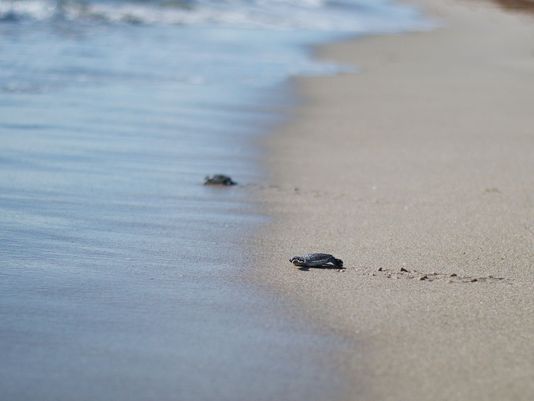 A changing climate doesn’t merely mean higher sea levels. It means drastic changes for creatures who swim in those seas — such as sea turtles.

Scientists say for more than a dozen years, the vast majority of sea turtles born on Florida beaches have been female. Not a single male loggerhead sea turtle hatchling was found at test beaches on the state’s Atlantic and Gulf coasts from 2015 through 2017. In the past 13 years, there have been seven years with no male loggerhead hatchlings.

While there are still enough males out there to breed with females and maintain genetic diversity, experts say they’re not sure how long that will last.

The culprit? Higher temperatures caused by a changing climate. The sex of a sea turtle hatchling is determined by the temperature of the sand around the eggs. The hotter the sand, the greater the chance the hatchlings will be female.

And in recent years, Florida has simply been too hot to produce many males.

Scientists say there are some artificial means of keeping turtle nests cooler so they can produce more males. But that, experts say, is merely buying time.