How Freediving With Baited Whale Sharks Is Actually Killing Them 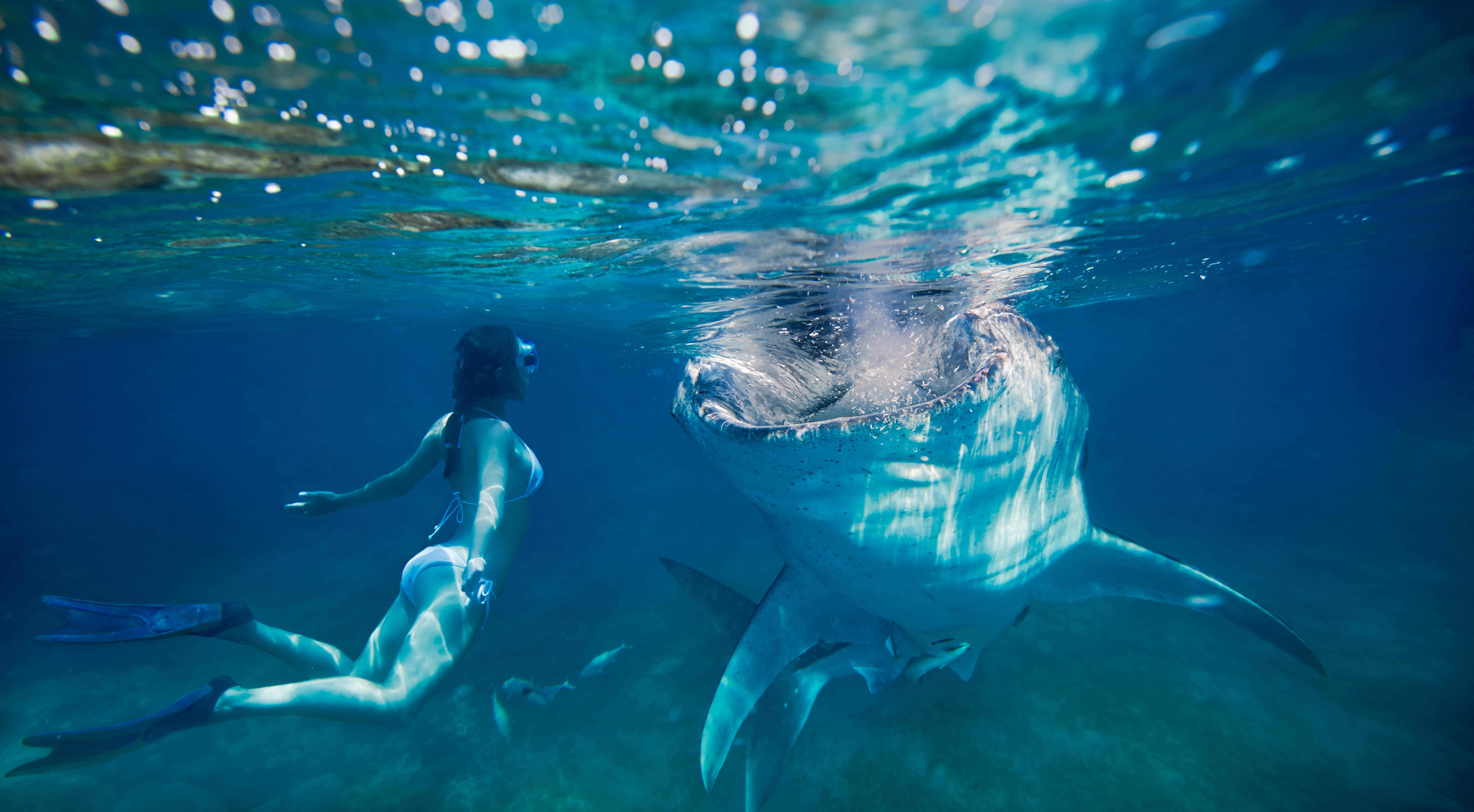 As recreational freedivers, we all have our bucket list of sea creatures, wrecks, and diving spots that we are dying to see, whether it be floating with majestic eagle rays, circling the USS Liberty in Indonesia, or exploring Ras Mohammed National Park in Egypt. But as conscientious divers who respect and love the ocean, there is a thin line between an organic, once-in-a-lifetime experience, and knowingly participating in unethical behavior that harms our beloved sea.

Freediving with whale sharks is an experience most freedivers yearn for, and it can be hard just waiting around for one to appear if it is even the proper season for them. There are tours around the world that can guarantee snorkeling, swimming, and scuba diving with these gentle giants. But what exactly makes these companies so confident that they can guarantee to spot whale sharks? 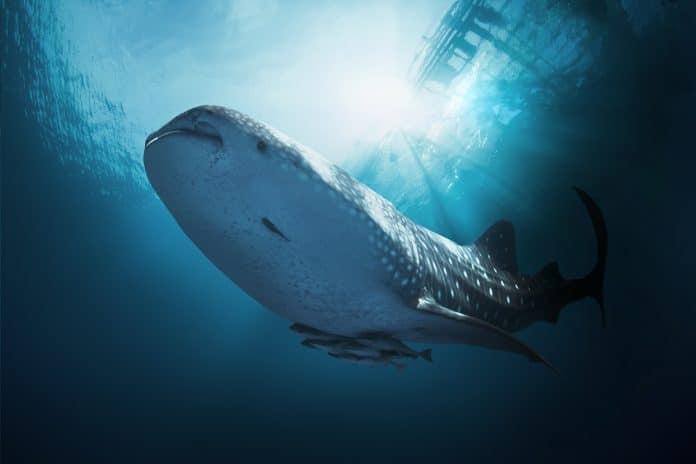 The Problem with Baiting

Whale shark tours, like the ones in Oslob, Philippines, have no problem assuring their customers a selfie with whale sharks due to their baiting practices. In Oslob, fishermen use a certain type of krill as bait, called uyap, to lure the whale sharks to the boats, and then dispatch snorkelers and divers into the water for the experience to begin. The issue with baiting is that the natural krill whale sharks eat in Oslob is seasonal. Their migratory patterns are established by following their food. Therefore, when the natural krill becomes out-of-season, fishermen obtain krill from neighboring islands like Ilo-Ilo and Bacolod, which contain different types of plankton, and miss out on the different nutrients that they get just by migrating with their natural food source.

Wild animals should not depend on humans for food, and limiting the nutritional value of a whale shark’s diet is unacceptable. Imagine yourself living only off of tacos. Yes, of course, it sounds good in theory, but imagine the face your doctor would make with that information. Let’s also not forget the possible contamination of the bait that comes from outside of Oslob during transportation and the loss of nutrients from storage.

Remember how whale sharks migrate depending on where their nutritious plankton float off to? They are naturally very mobile creatures and travel long distances, but as they get used to being fed by humans and stop having to forage for their own food, they stay longer than normal in these feeding areas. It is still too early for scientists to see the ramifications of these differences in migration patterns, but long-term effects can include changes to their breeding patterns, which in turn will affect the reproduction of an already vulnerable species.
Common Injuries

Even though there are rules and regulations that attempt to govern the way tourists interact with whale sharks, it becomes very difficult to enforce them. Since whale sharks are not aware of these human rules and associate boats with food, they typically chase the boats instead of instinctually avoiding them. They constantly bump into or rub against them, which causes reactions and injuries to the skin. It gets even more dangerous when they confuse non-tourist boats with tourist boats and get severely injured by the propellers. It is typical to see many scars and injuries around the mouth and dorsal fins of baited whale sharks at these tourist hotspots.

All of these inevitable injuries do not even account for the bodily harm that will be inflicted on them by their only known predator: humans. Tour guides and rules may state that there should be a specific distance kept between tourists and whale sharks, but often there are so many groups of people at once, sometimes trapping the whale sharks, that accidental touches are inevitable. This does not account for the tourists who are touching the sharks on purpose, whether it’s capturing the perfect selfie or attempting an original photo by standing on the whale shark. Even the fishermen who feed the sharks often put their feet inside of the water and keep them pressed against the whale shark’s mouth, to keep them from jostling the boat. The issue with so many careless touches is that humans have bacteria that the sharks are not naturally exposed to, which can leave them prone to infections. 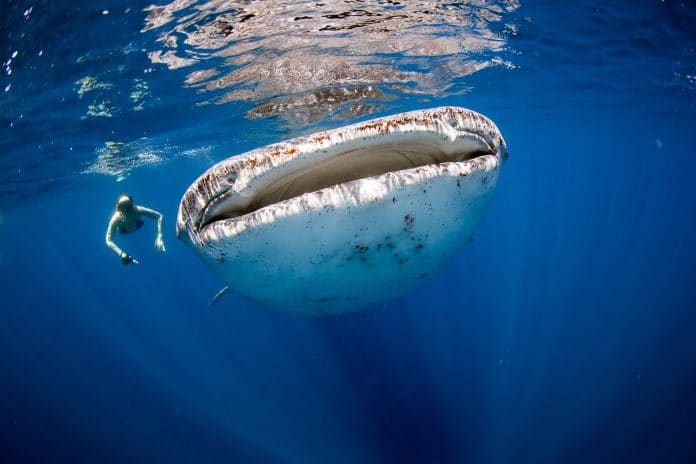 What Are Your Options?

There are plenty of spots in the world to witness these majestic sea creatures in the wild, naturally foraging for their own food, sticking to their instinctual migratory patterns, and lazing around, unharmed by the humans and boats they should be characteristically wary of. In fact, here is a handy list of the best locations to swim and dive with whale sharks by month.

Armed with this information, freedivers have a choice. We can shut our eyes when we witness mistreatment, photoshop whale shark scars out of our photos, and capture our next awe-inspiring profile photo. Or, we can avoid unethical practices and companies, and spread our knowledge to those who are not aware, slowly forcing these tourist traps into extinction.