Mystery of sea nomads’ amazing ability to freedive is solved

Scientists have uncovered the secrets of the Bajau people, long-famed for their ability to hold their breath for extraordinary lengths of time 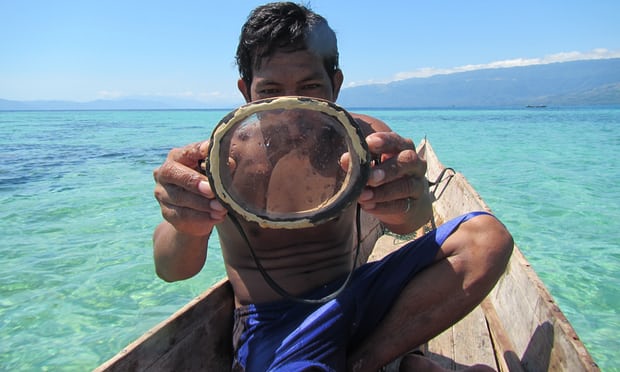 The secret behind the ability of a group of “sea nomads” in Southeast Asia to hold their breath for extraordinary periods of time while freediving to hunt fish has finally been revealed – and it’s down to evolution.

The Bajau people are able to dive tens of metres underwater with no conventional diving aids. Instead they rely on weights, handmade wooden goggles – and a single breath of air.

Now experts say they have the answer: over time the Bajau people have undergone natural selection, resulting in certain versions of genes becoming widespread – many of which are linked to biological changes, including having a larger spleen, that could help the Bajau to hold their breath underwater for many minutes at a time.

The team say the findings could eventually prove useful in medical settings, potentially allowing experts to identify patients that might be at greater risk of death if they experience a lack of oxygen, for example during surgery.

“There seems to be so much to learn from the Bajau and other diving populations about how the human body is able to react to oxygen deprivation, which is an important medical issue,” said Dr Melissa Ilardo, first author of the study who was at the University of Copenhagen at the time of the research.

Writing in the journal Cell, the scientists reveal how they unpicked the mystery following a clue from previous research: species of seals which can dive for longer have larger than expected spleens – an organ which, among its functions, can store oxygen-carrying red blood cells.

As a result the team used an ultrasound device to measure the spleen in 43 Bajau people and 33 people from a neighbouring group of farming people, the Saluan.

“The spleen size is about 50% larger in these sea nomads than it is in the [Saluan], so already it was like ‘Oh my God – it is really [an] extreme physiological characteristic,” said Prof Eske Willerslev, a co-author of the study from the University of Cambridge. 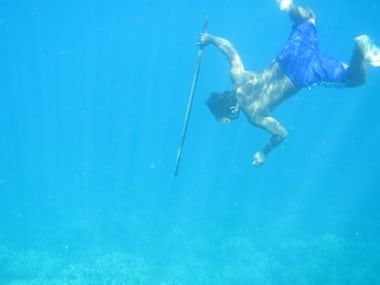 The team note the trend held regardless of whether the Bajau individual was themselves a diver, and even when factors such as age, sex and height were taken into account.

Genetic testing revealed that certain versions of genes are more commonly found in Bajau people than would be expected, with many apparently linked to biological changes that could help individuals cope with low-oxygen conditions.

Among them is a form of a gene linked to an increased spleen size – an effect the team reveal is likely down to an increase in thyroid hormone levels. Crucially, a contraction of the spleen is one of the features of the so called “diving reflex” – a set of responses in mammals that occur when the head is submerged. A large spleen means even more oxygen-carrying red blood cells can be pumped into the circulatory system when the organ contracts, allowing individuals to stay underwater for longer. 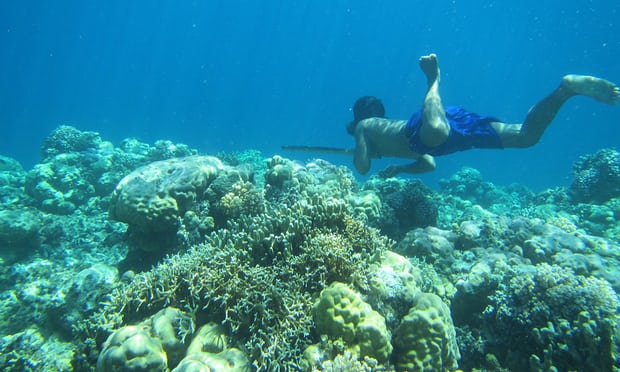 Another is a form of a gene linked to a different feature of the diving reflex: narrowing of the blood vessels to the extremities, aiding delivery of oxygenated blood to organs such as the brain, heart and lungs.

Further analysis by the team revealed that these genetic boons are not the result of chance, but evolutionary adaptations arising from natural selection.

Stephen Stearns, professor of ecology and evolutionary biology at Yale University who was not involved in the research, saidthe study adds to evidence for recent natural selection on certain genes in human populations – with previous examples including genes for lactose tolerance that cropped up with the advent of domestication of dairy animals, and genes for adaptation to high altitude in Tibetans and Native Americans in the Andes.

“What we lack at this point, and badly need, are samples large enough to allow us to infer when the selection [in the Bajau] started to happen,” he said. “We know that the Bajau have been leading this lifestyle for at least a thousand years, but we do not know when they started it – perhaps much earlier.”