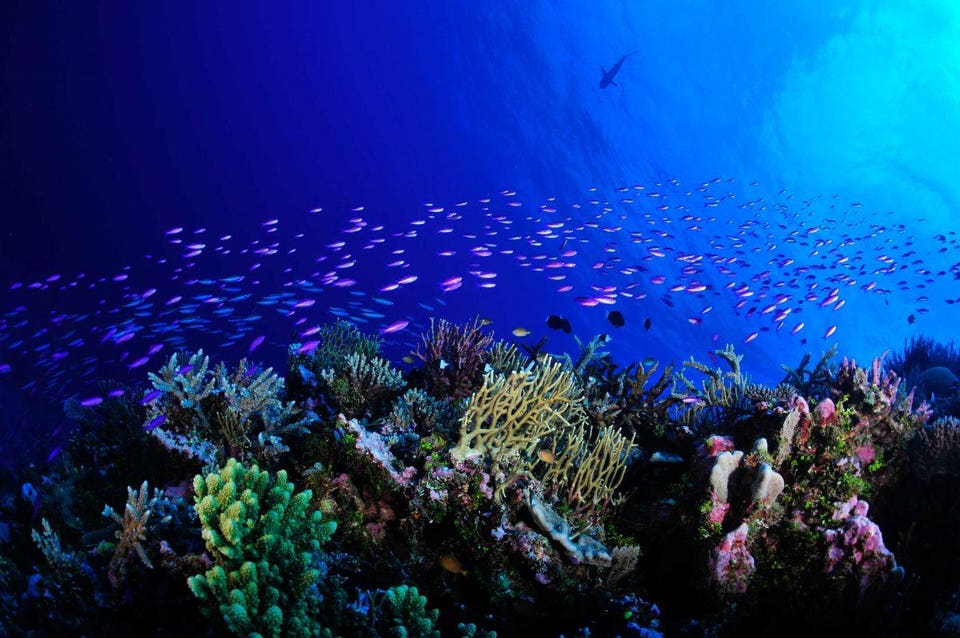 On the northeast side of Australia sits the archipelago of New Caledonia, a French territory in the southwest Pacific Ocean. Originally occupied by the Lapita people, the area was re-christened New Caledonia by Captain James Cook based on its resemblance to parts of Scotland. After a series of colonizing efforts, Napolean III took possession of New Caledonia in 1854 and it became an overseas French territory in 1946. While New Caledonia has been exploited for forced labor, sugar cane cultivation, and nickel mining, it has managed to maintain some of the healthiest and diverse coral reefs in the world. 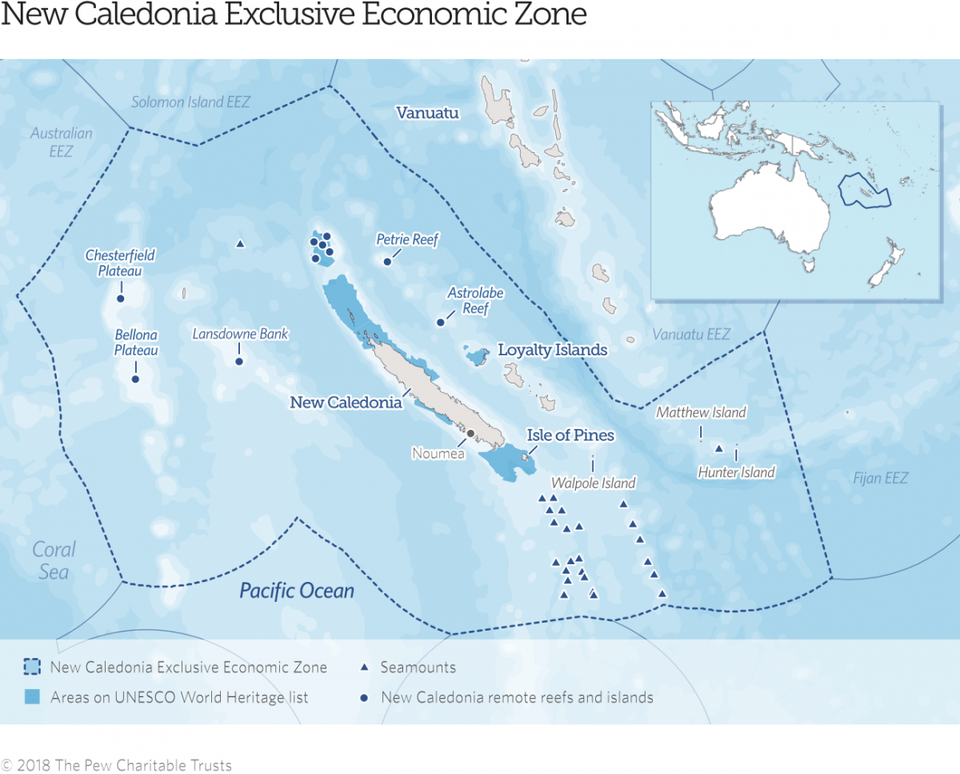 Earlier this week, on August 14, the government of New Caledonia voted to protect 100% of their reefs by establishing four Marine Protected Areas (MPAs) that cover 28,000 square kilometers and extend to remote areas that serve as havens for seabirds,  sea turtles, and humpback whales. New Caledonia joins the Phillipines and Thailand in taking protective measures to conserve coral reefs threatened by commercial fishing, tourism, and global climate change.

The first steps towards these conservation efforts were taken in 2008, when New Caledonia’s lagoons were designated as a UNESCO World Heritage site and in 2014 with the founding of the Natural Park of the Coral Sea, which covers New Caledonia’s entire 1.3 million square kilometer Economic Exclusive Zone (EEZ). Now, in the International Year of the Reef, new protections have been allotted across the Astrolabe, Pétrie, Chesterfield, and Bellona reefs as well as Entrecasteaux reef, which is part of the original UNESCO World Heritage site. The government of New Caledonia hopes that leaving these reefs undisturbed by human activity will help the lush biodiversity within these coral reefs thrive.

Although the International Union for Conservation of Nature (IUCN) recommends that nations strive to protect 30% of their EEZs, these new restrictions represent only 2.15% of New Caledonia’s EEZ. Nonetheless, they help protect 1,700 species of fish, 473 species of coral, and several species of marine turtles, sea snakes, sea snails, seabirds, and marine mammals. With drastic reductions in ocean wilderness areas worldwide and the capacity for MPAs to facilitate recovery and resilience to ecosystems threatened by climate change, these new protections demonstrate how the actions of a small entity, like New Caledonia, can help change the way we use ocean resources.