AIDA Depth World Championship, which will bring together the best athletes in the field of freediving, in its 5th edition will be held from September 2 to 15 in France.

Competitions, organized by the NUC Subaquatique with the support of the international federation AIDA (Association Internationale pour le Développement de l’Apnée — International Association for Development of Apnea), will be held in the picturesque destination of Villefranche sur Meu located between Nice and Beaulieu. Depth World Championship was first organized in 1996 and was held in 2000, 2005, and 2012. This is one of the most popular events in the world for divers, the first editions of which were the impetus to the development of the entire course of freediving. Conducting such world championships allows to set standards for competitions and the diving process, to develop standardized safety rules and keep a unified record of the best performances.

Athletes come to the Championship from around the world. The first days of the championship will be given for training, and then there are will be a series of competitions for holding one’s breath under water separately for men and for women. Competitions are held in three disciplines — constant weight (CWT), constant weight without fins (CNF) and free immersion (FIM). Competitions will be judged by the multinational crew of judges. The rules of their conduct are strictly determined. One of them is: to proof that the athlete is ok after the dive, the athlete must complete his performance in a certain way. After diving out within 15 seconds in the strict order and without deeping the Airways, the athlete must look at the judges, remove all Facial Equipmnet (nose clip or mask), make an OK gesture and say “I’m OK”, only if these conditions are met, the performance and the result will be counted. 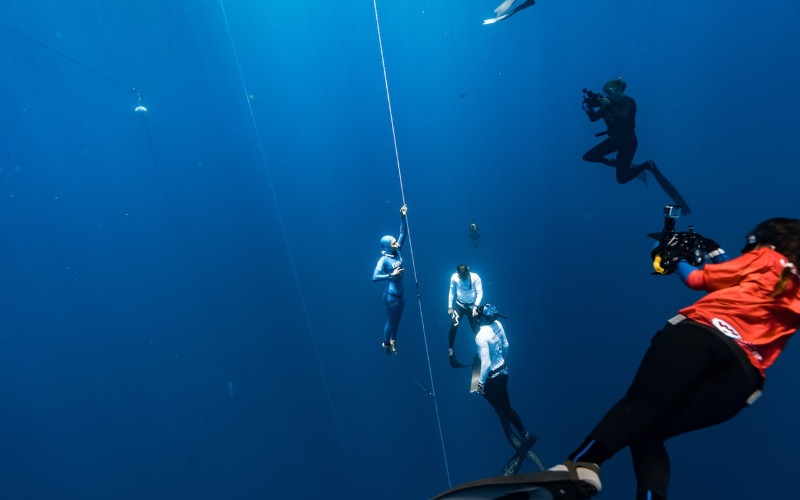 Access to the world apnea championship is allowed to the public, this is a large-scale event that is being prepared by local authorities and all visitors will be provided with excellent entertainment and pleasant pastime.