The tiger shark, whose scientific name is Galeocerdo cuvier, is the only representative of the genus Galeocerdo. The habitat of this species of sharks is mainly tropical water, and they are also found in subtropical waters. 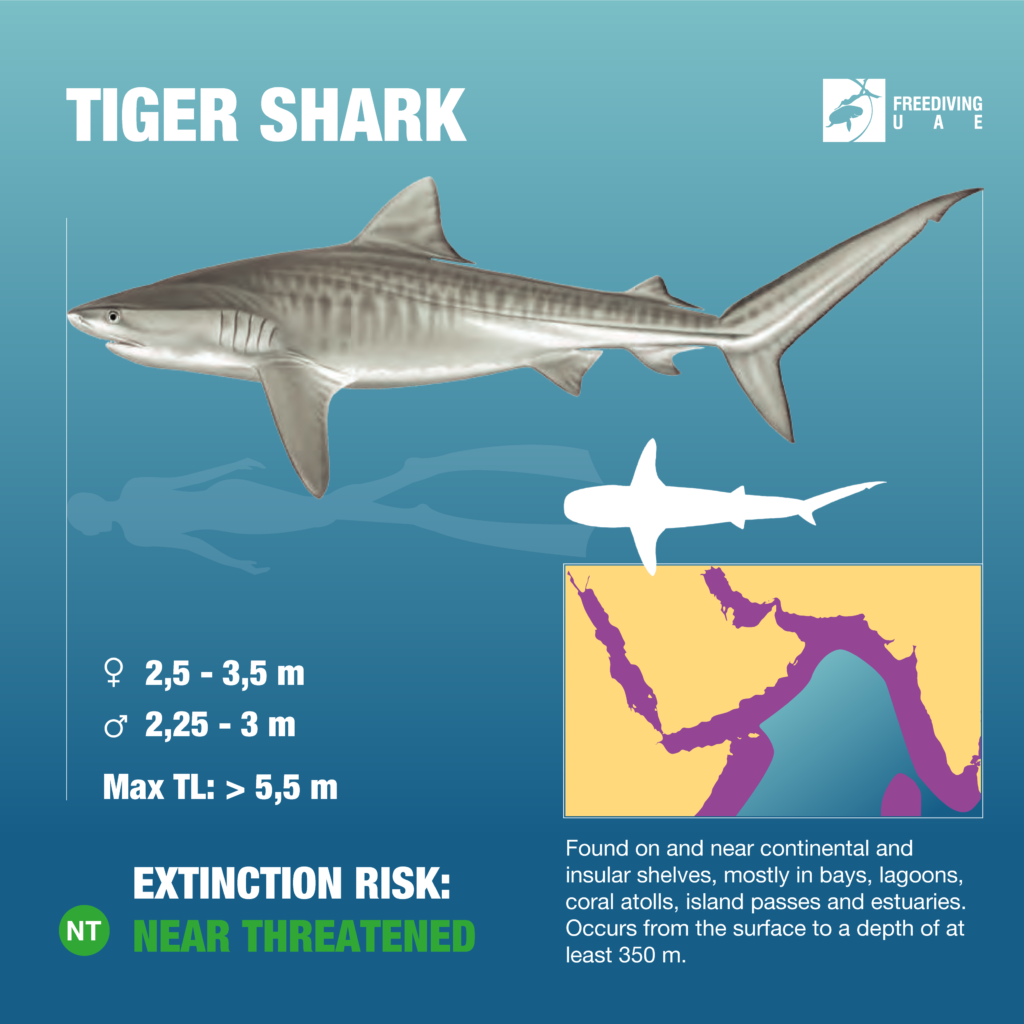 If you want to take a closer look at tiger sharks, then it is better to go to one of the islands of the Pacific Ocean, where they are found in large numbers. Sharks live around islands and are most often found in lagoons and bays, around coral atolls, as well as in the mouths of rivers. They can be encountered at a depth reaching 300-350 meters. They prefer to stay in deep waters, but can pursue prey in shallow water.

Tiger sharks got their name for the vertical stripes on the body, resembling a pattern on the body of tigers. The younger the individual, the brighter the pattern, and on the body of adult tiger sharks, such strips often disappear altogether. Tiger sharks can reach a size of 5-5,5 meters. But these are maximum indicators, on average, the length of sharks reaches 3,5 meters for males and 3 meters for females. The weight of sharks in this case exceeds 500 kg. Their average life span in the wild is about 15 years.

A large predator such as a tiger shark is considered the fourth largest shark among all species after whale sharks, basking sharks and great white sharks. The appearance of the tiger shark is also recognizable by its wide and short rounded snout, the high first dorsal fin with a free tip, and the сaudal peduncle equipped with low keels.

Tiger sharks hunt mainly at night leaving during the day to deeper waters. Thanks to their excellent eyesight, sense of smell and ability to navigate in water, feeling its pressure, sharks are excellent hunters. Because of the powerful jaws and serrated teeth, even animals such as sea turtles become their prey. This predator consumes a wide variety of fish and animals, including dolphins, seals, dugongs, stingrays and even other sharks, and is even known for often swallowing inedible objects.

Tiger sharks are also dangerous for humans, cases of attacks on humans are recorded more often than from most other species of sharks. Nevertheless, tiger sharks are considered a species that is threatened with extinction, mainly due to human activities, since tiger sharks are harvested on an industrial scale to obtain their fins and meat.