Zebra Sharks belong to the family Stegostomatidae, they are its only species. These sharks, immediately distinguished by their appearance, are observed in the Indo-Pacific region. They prefer warm shallow tropical waters for their habitat. 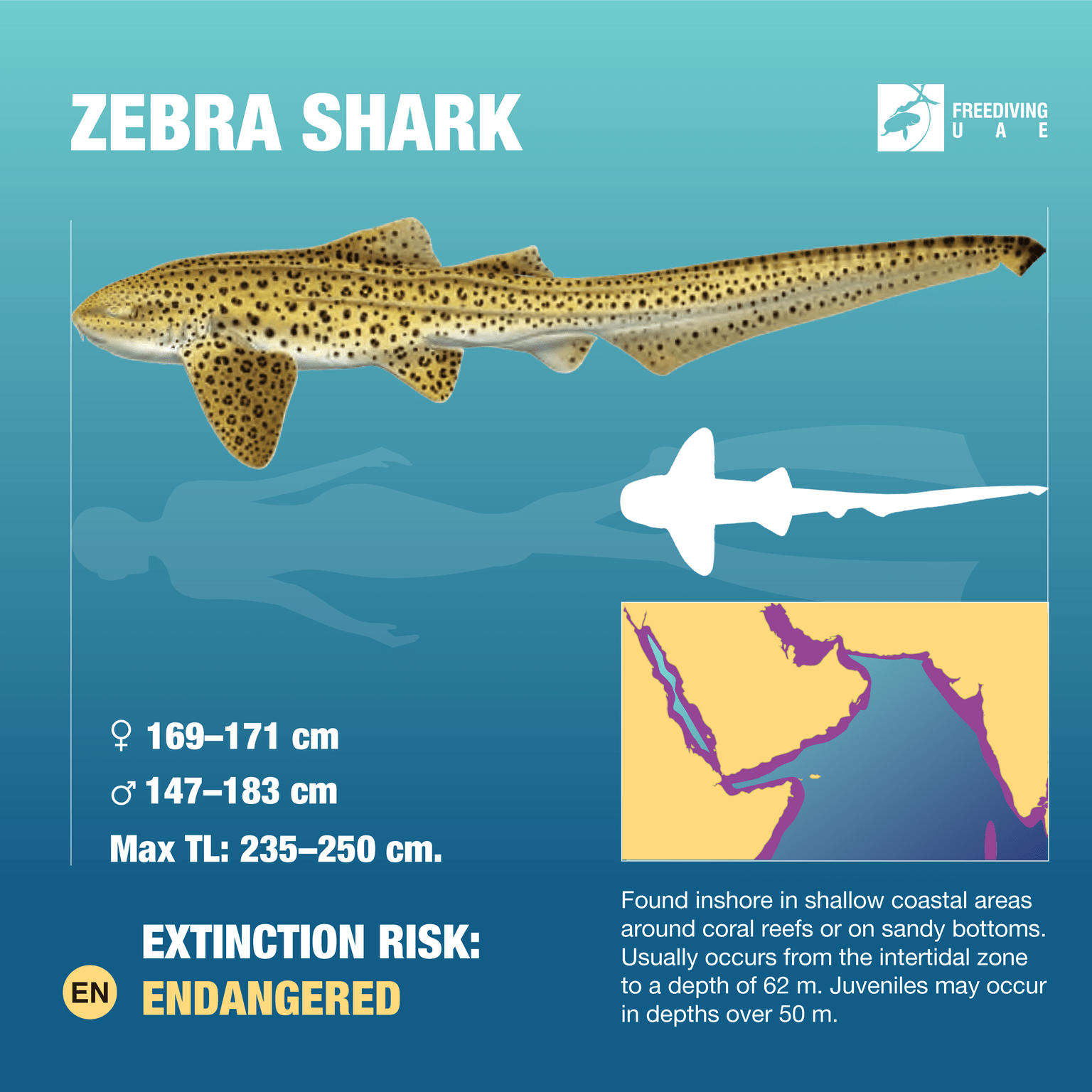 Their natural environment is a sandy bottom, such sharks can often be found around coral reefs. Most often, a zebra shark can be seen alone, less often they can swim in small groups. Most of the time, zebra sharks can be observed in the daytime on a sandy bottom, in this way they rest in stillness. But at night, these sharks go hunting and find their prey, like mollusks, crabs and small fish, near the coral reefs. Their body is ideally designed to squeeze into crevices in search of food.

A zebra shark is characterized by the fact that on the body of adults there are five longitudinal ridges in full length. Also notable is the distinct spotted pattern throughout the body, which has a cylindrical shape. The color of young sharks is somewhat different. They have vertical stripes, both dark brown and light colors, as well as spots throughout the body. It is because of the pattern on the body of juvenile sharks that resembles the striped color of a zebra, this species got its name. Due to the fact that adult sharks cease to resemble a zebra in their color and become covered with a light yellow pattern of spots, they can often be mistaken for another species – leopard sharks.

Several dorsal fins of zebra sharks are located along the body, and they also have a long caudal fin. Characteristic for this species is a wide, blunt-ended head with small eyes and distinctly visible spiracles

Zebra sharks can most often be seen at a depth of about 60 meters. And at about a depth of 50 meters, young individuals of the zebra shark can sometimes be observed. Young sharks are up to 1 meter long, and in adulthood they grow up to 2,5 meters. Thus, among all sharks, zebra sharks are approximately in the middle in size.

Divers in many places, such as Thailand or the Red Sea, can swim next to zebra sharks and even feed them. They are attractive in appearance and are not afraid of people. It is also important that these sharks do not harm people, while, of course, you should not touch them or get too close. Zebra sharks are not dangerous for humans, but the opposite is unfortunately true. These sharks are used for industrial purposes and therefore this species is considered to be endangered.