Whale sharks are most often found in the warm waters of tropical oceans. The scientific name for whale sharks is Rhincodon typus and they are the only member of the genus. 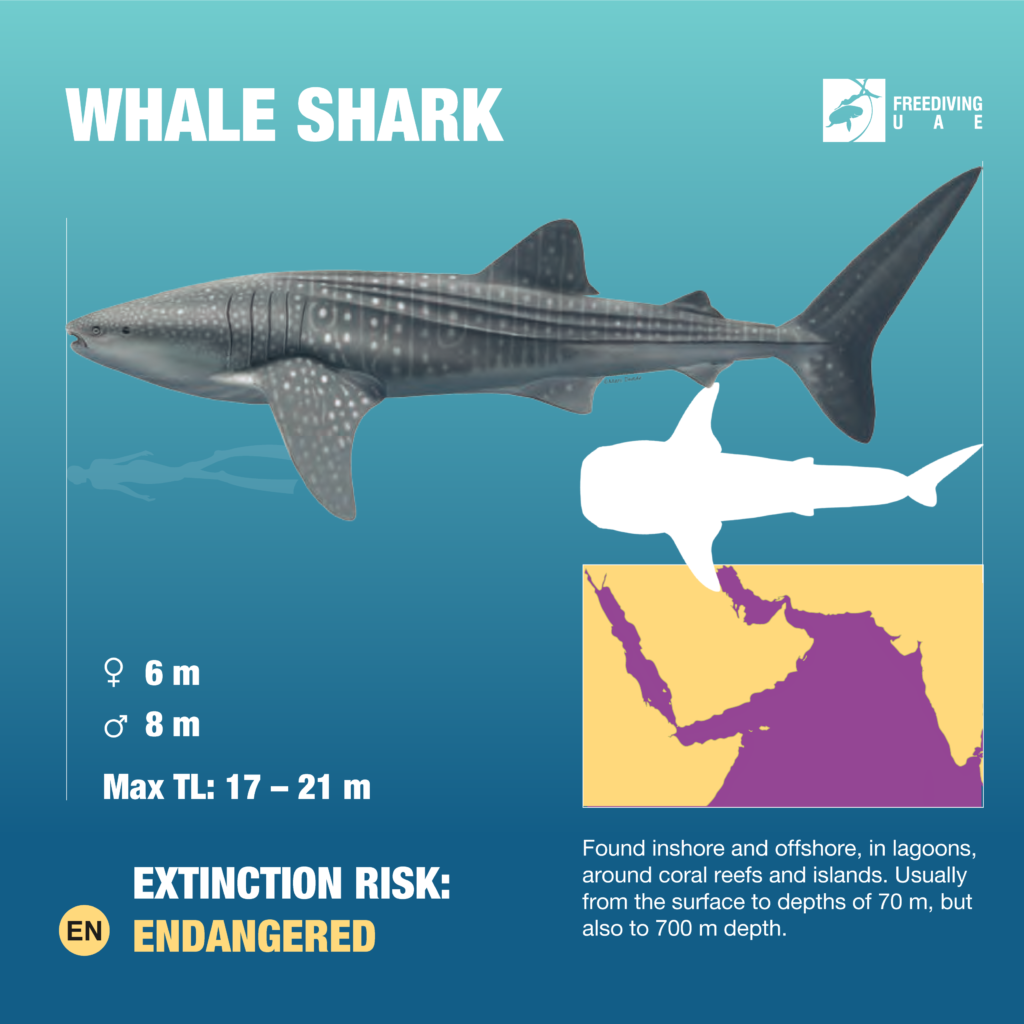 These sharks prefer open waters for habitation. But these sharks can be found both in the open waters of the oceans and near the coast. They are often seen around the islands and can be observed around coral reefs and lagoons. Whale sharks are most often found at a depth of up to 70 meters.

Of all the existing living species of sharks, it is the whale shark that is considered the largest. Moreover, among non-mammalian vertebrates, this species is also a champion in size. The largest whale shark, the size of which was officially registered, had a length of 18,8 meters. But there are also reports of individuals reaching a length of 21 meters. Although the average whale shark has a size of about 8 meters for males and about 6 for females. As for the weight, the whale shark weighing 7 tons turned out to be the heaviest. This specimen was about 9 meters long and, of course, this is a record for those sharks that people managed to catch and weigh, and not for the whole species.

Whale sharks have a large mouth compared to other shark species with more than 300 rows of teeth, and they can be identified as filter feeders. Their main diet is plankton, as well as numerous small fish, krill and fish eggs. It is this similarity with the feeding style of baleen whales, as well as the large size of the whale sharks that gave them this name.

In addition to the large mouth, the distinctive features of the whale sharks are its wide head and short snout, flattened at the end. Also, pronounced ridges are visible on the body of the sharks. It is also seen that the first dorsal fin is much larger than the second. A distinctive feature is the symmetrical coloring of whale sharks. Light stripes and spots make up a pronounced pattern.

For humans, such sharks do not pose any threat; they can be observed during diving. Whale sharks can swim very close to people, are not afraid of them and allow themselves to be photographed, and young individuals often even play with divers. These sharks are so calm that they can even be touched and some swimmers can swim on top of them. But of course, this can be dangerous for the shark itself and it is better to refrain from such behavior.