HomeLatest NewsSwimming resistance: why is it important to be streamlined?
July 20, 2020

Swimming resistance: why is it important to be streamlined?

While moving through the water you will encounter and create resistance. In order to understand this idea you need to establish two things inside your head:

-First one is the concept of “frontal area”; it is the frontal surface area of your body that is exposed to the resistance of the water while you are moving forward. 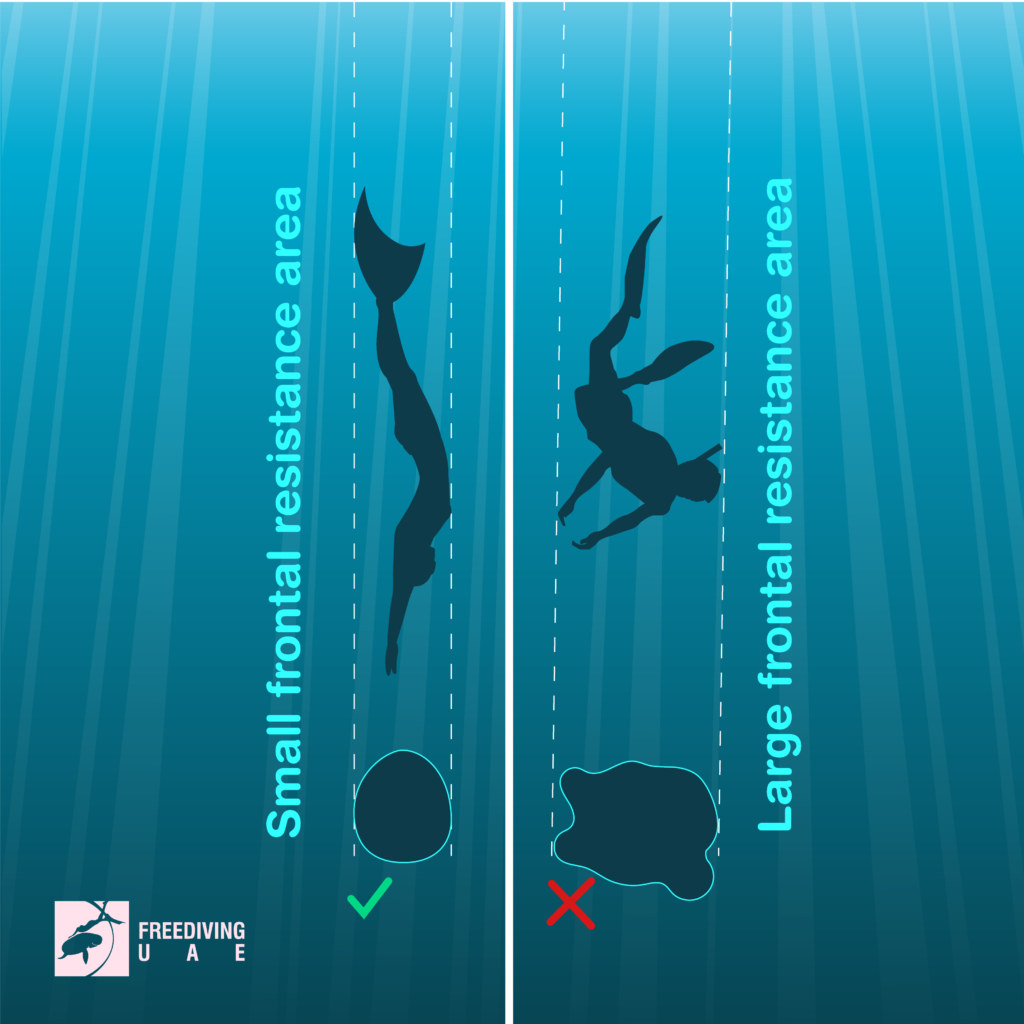 -Second one is the “shape coefficient”; it defines the whole body shape; the same frontal area can be reproduced by totally different body shape. 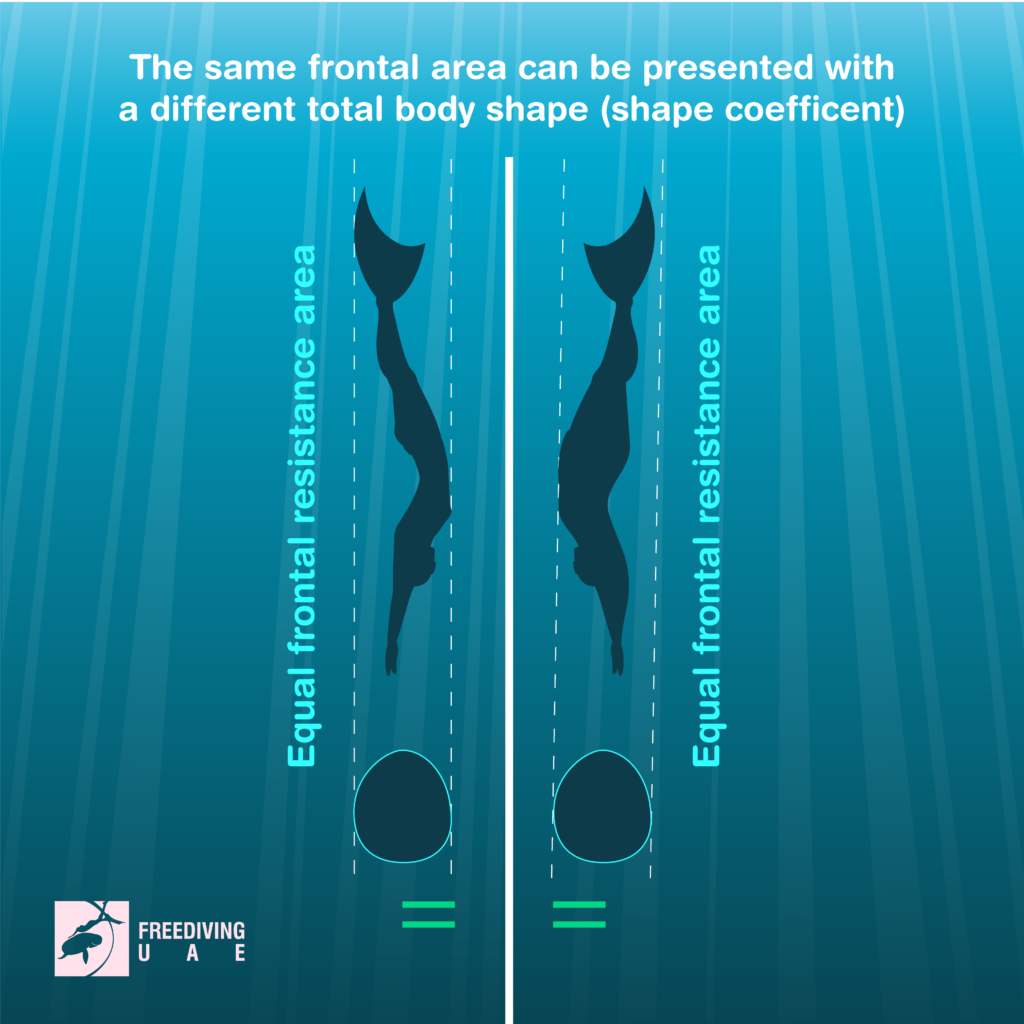 This Shape while moving in water environment will generate mentioned resistances. That’s why they are referred to as “shape resistance”. There are 3 types of resistances:

It is the resistance created by the surface of your body while moving forward. This surface is referred to as the frontal area. It will create resistances when you penetrate the water. 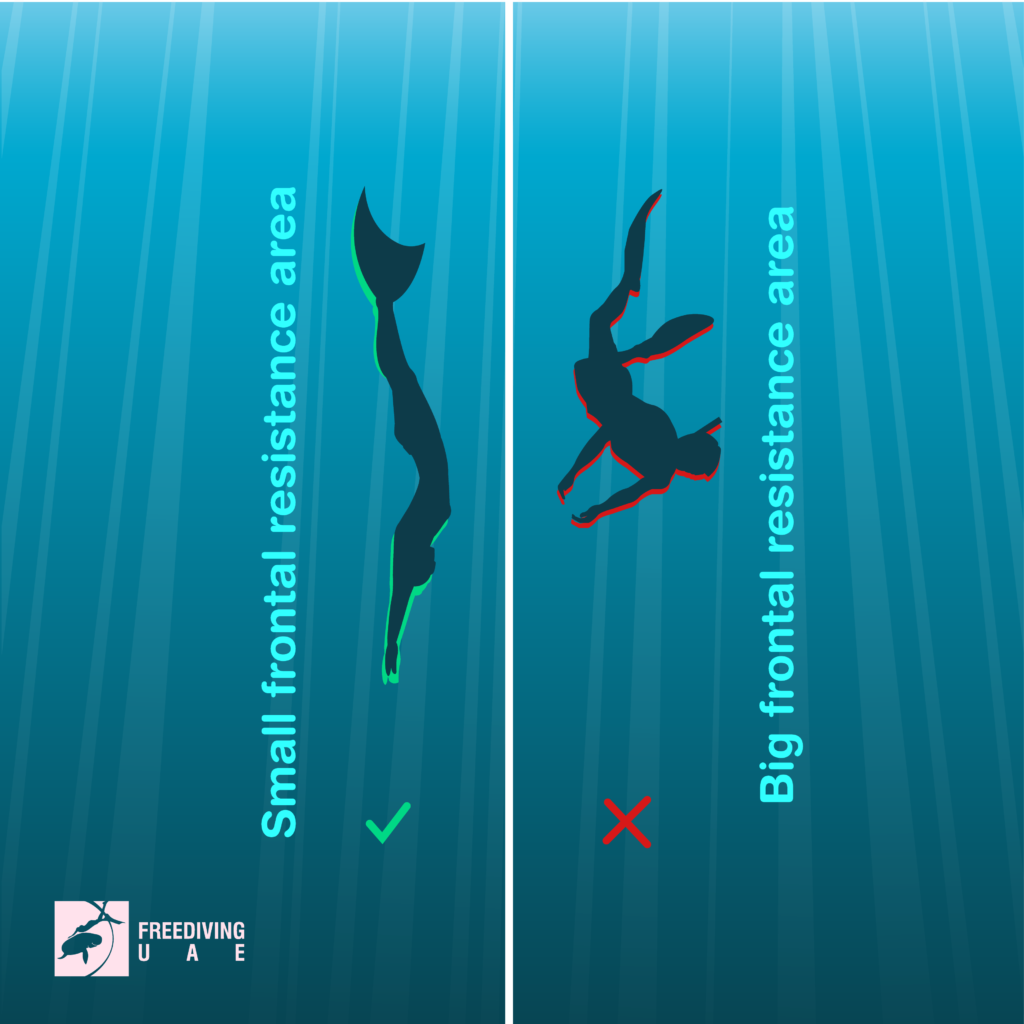 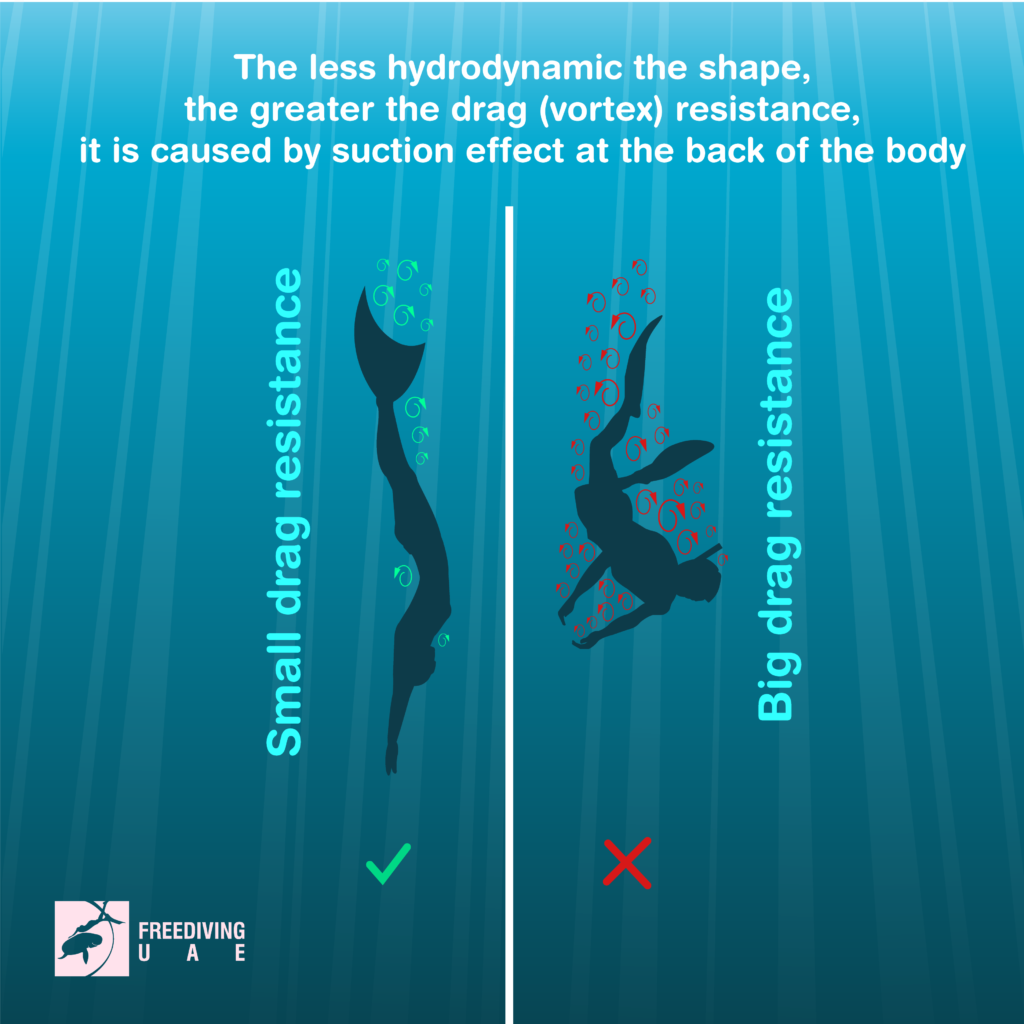 This resistance is also called tail suction. This type of resistance is utterly disadvantageous to forward movement. It creates a vortex-like effect at the back of the body. 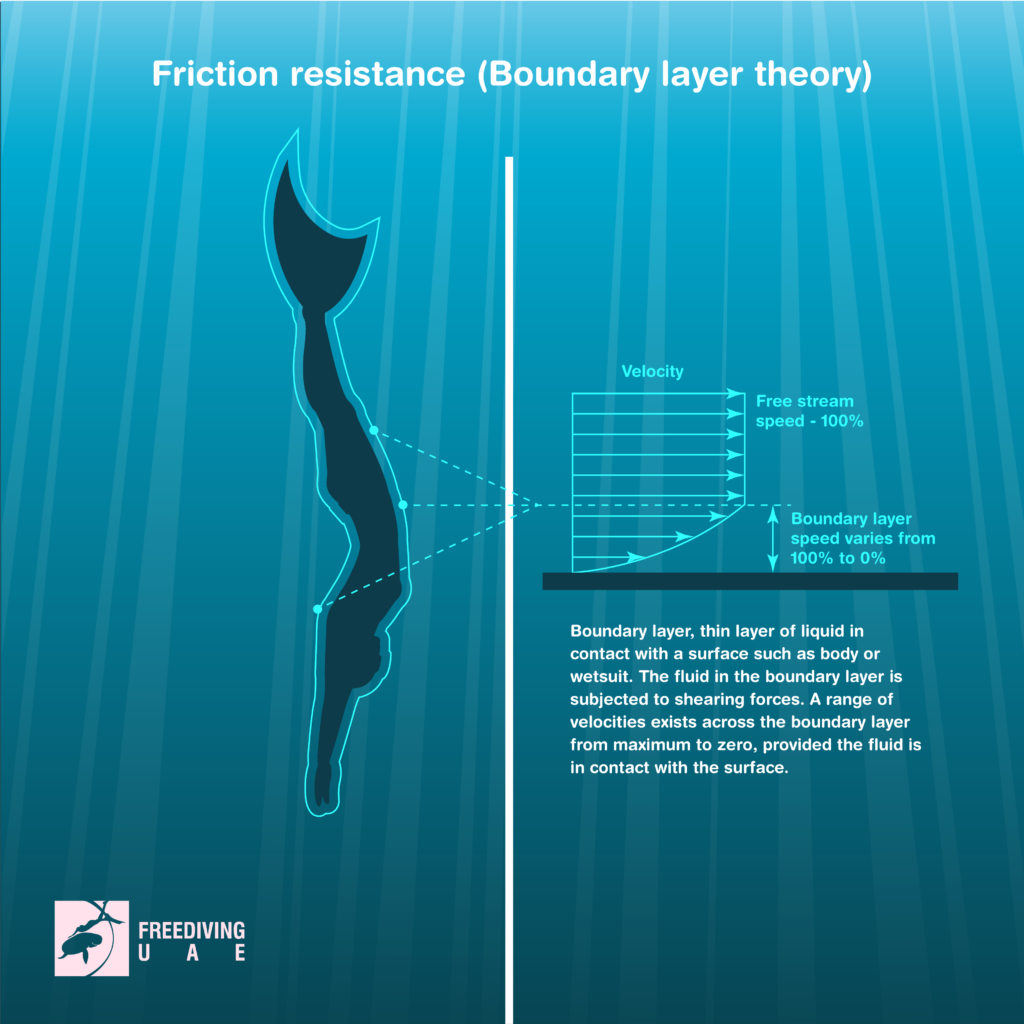 There is another type of resistance which will further explain why it is important to be streamlined. It is called wave resistance and it is connected to movements close to the water surface. When you move through the water your actions create area of waves that cause little turbulences: the frontal wave and tail wave. They both obstruct your swimming progress because they form zones of high pressure. In order to minimize it one must create an additional wave with the position of his hands in the front which interferes with the bow wave to give rise to a reduced resultant wave. This is called the Bulb effect. At the front of some boats there is cylindrical bulge called a Bulb. Its function is similar to the Bulb effect, it creates an additional wave at the bow where the trough falls where the bow wave should be. The result of these two waves interfering negatively and cancelling each other in the process considerably decreases resistances. You may face it if you get too close to the surface during a DYN event. To completely ignore this resistance you have to be at a depth greater than 3 times the diameter of your body throughout the dive. 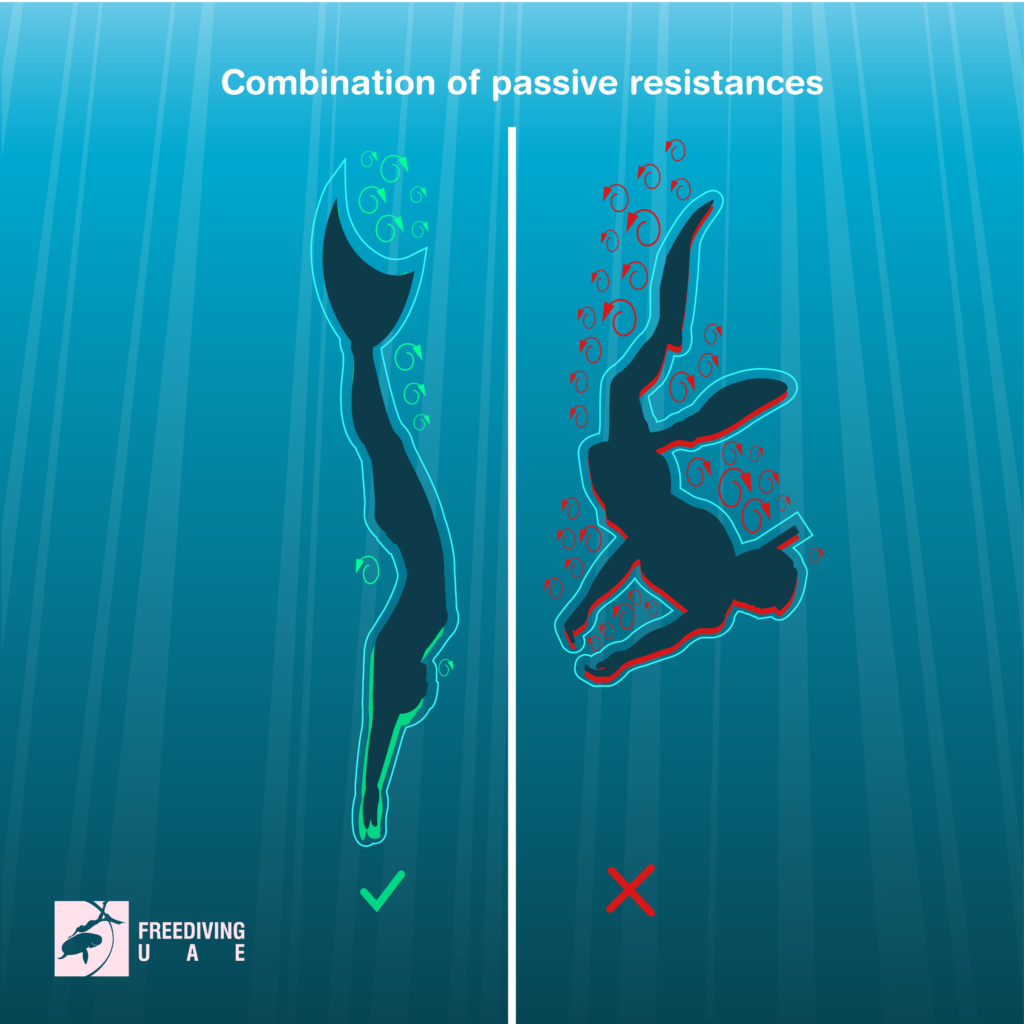