Gray Reef sharks (scientific name Carcharhinus amblyrhynchos) are found primarily in the tropical and subtropical waters of the Pacific and Indian Oceans. 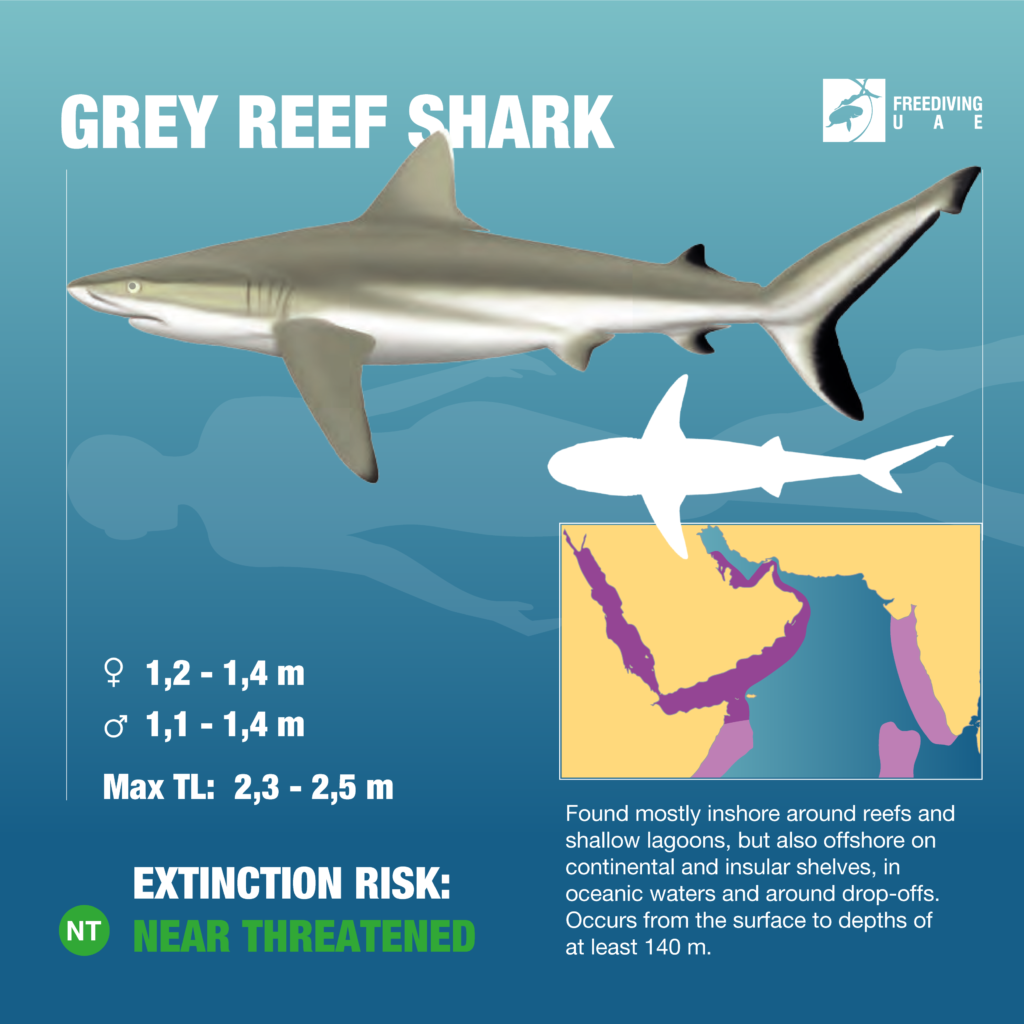 This species of sharks strongly prefers shallow waters for its stay at a depth of up to 50, less often up to 140 meters, they can be found near lagoons and coral reefs, as well as on island and continental shelves. Most often, Gray Reef sharks move in packs along their habitat, usually returning to the same place. They are more active at night time than during the day. These sharks are very active and impetuous predators. Their main food is bony fish, octopus and squid.

Gray Reef sharks have an average size of 120-145 cm, the maximum recorded length is 255 cm. The color of this species is dark gray in combination with a whiter shade on the ventral side. A characteristic dark edge is traced on the caudal fin. The muzzle of these sharks is elongated and rounded along the edge. The high first dorsal fin is combined with narrow and curved pectoral fins.

Since these sharks are found near coral reefs, divers can often observe them while diving. These sharks may be curious and approach divers. However, they are considered quite aggressive and several cases of attacks on humans have been reported. When approaching sharks, the diver should remember that they do not need to be threatened, since they can only attack if they feel threatened. This is especially so if the shark is alone, shark schools usually express a reduced level of aggression.

The gray reef shark is actively caught for commercial purposes; it is of value because of its fins, which are mostly used in culinary. Their population, although it is quite large, is gradually decreasing and this species of sharks is close to a vulnerable position.