Basking sharks, whose scientific name is Cetorhinus maximus, are the second largest species of sharks in the world, following only Whale sharks. 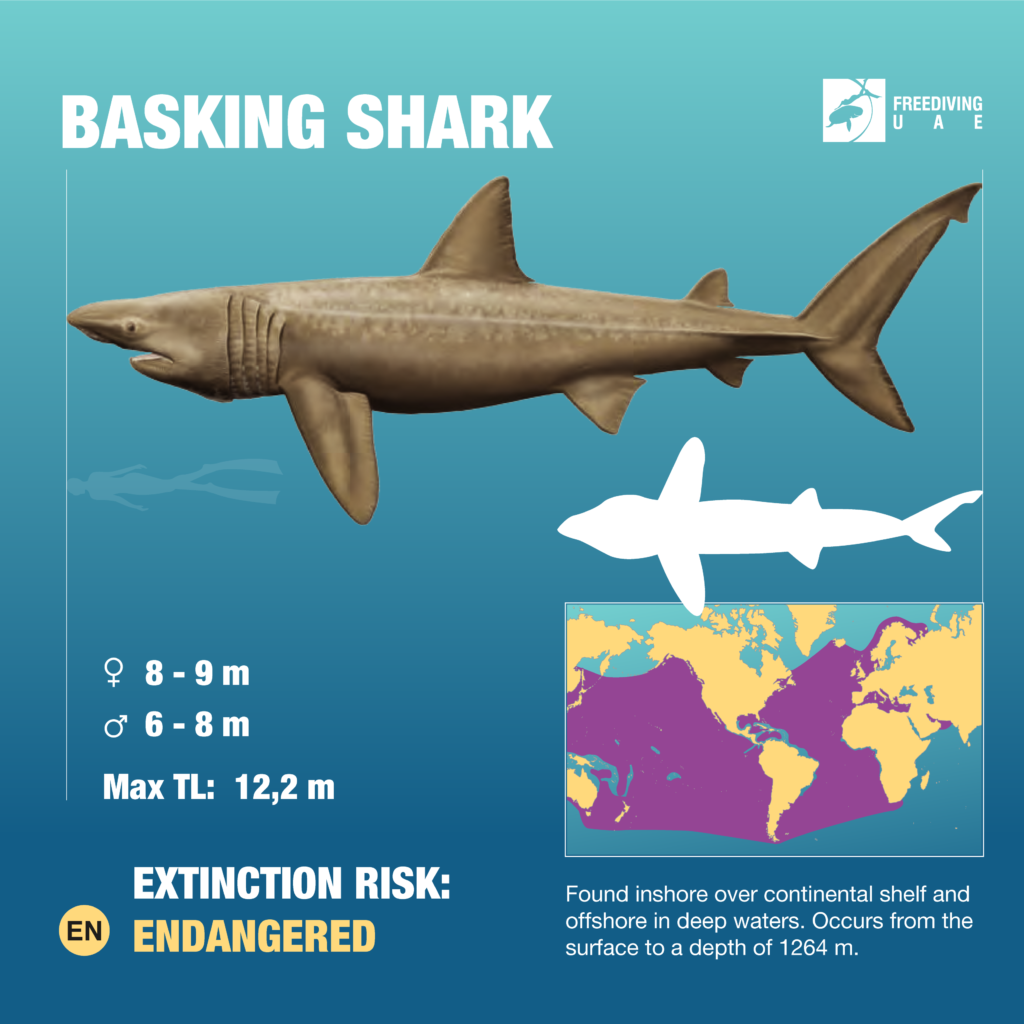 This species of sharks chooses to inhabit both coastal continental shelves and deep waters, especially in winter they move to the area of ​​deep shelf waters. They are found both near the surface and to a depth of more than 1200 meters. This species of sharks migrates and is found all over the world, preferring temperate waters. They can move both in groups and individually.

Basking sharks have a massive body and a large conical snout with a huge mouth. This type of shark is distinguished by large gill slits; they swell to a large extent. This structure of the gills is used for nutrition. Swimming with their mouths open, sharks use gills to filter and eat large amounts of plankton.

For humans, this type of shark is considered safe. When diving, divers can swim close to Basking sharks. Moreover, these sharks have sharp scales, so careless touching them should be avoided. For a long enough time, these sharks were the subject of commercial fishing, so their population decreased significantly. Although catch volumes have now been reduced, this species of shark is considered vulnerable.