Sharptooth Lemon Sharks (scientific name Negaprion acutidens) prefer tropical water when choosing their habitat. They can be observed near the coasts of the Pacific and Indian oceans.

This species of sharks lives in the coastal waters of islands and continental shelves; they often conduct their activity near sandy plateaus, mangroves, and coral reefs. These sharks choose shallow waters and are rarely seen at depths greater than 90 m. These sharks are not prone to migration and prefer to hunt in about the same place. The basis of the diet of this species of sharks are bony fish, stingrays and can also hunt smaller sharks. 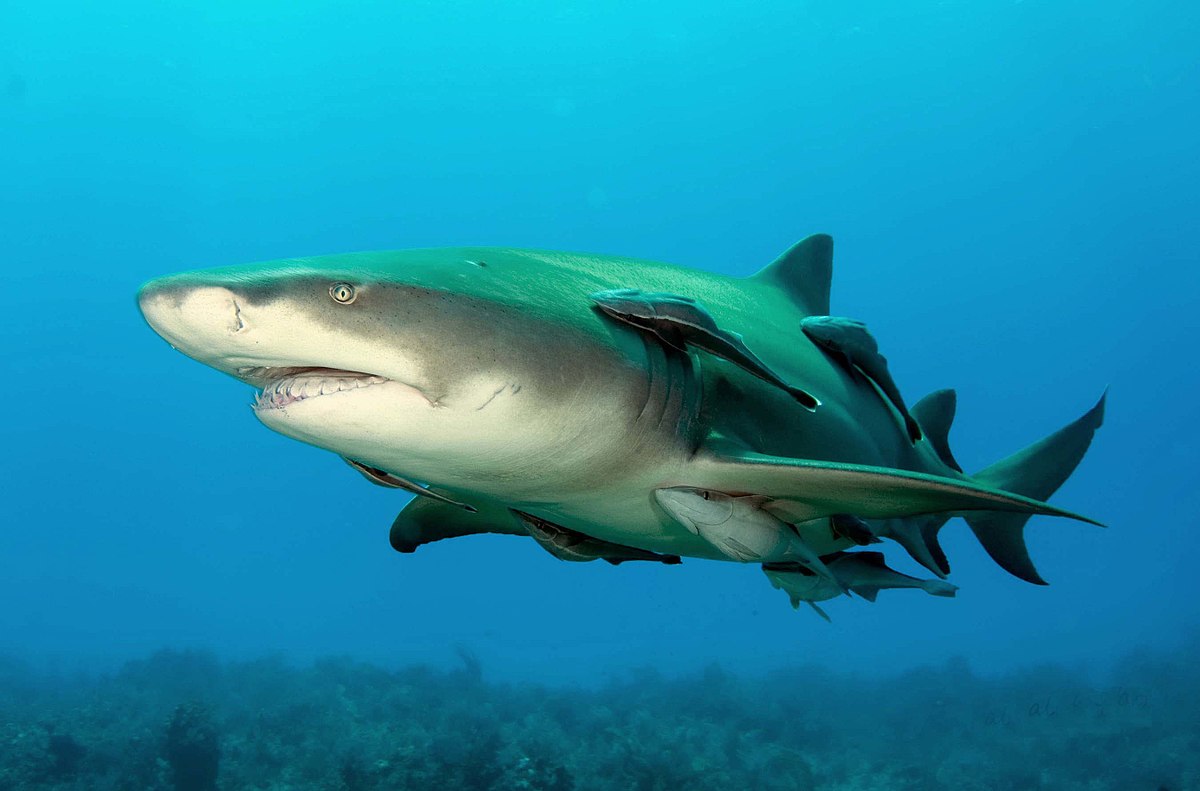 Sharptooth Lemon Sharks are large predators, and they are considered quite dangerous to humans. These sharks often live-in places that are popular for diving, in which case shark feeding activities can be organized. But this species of sharks would rather not interact with humans and avoid contact. However, it is worth remembering that if a shark is provoked by a careless action, it can react quite quickly and aggressively.

Sharptooth Lemon Sharks are considered a vulnerable species due to large fishing volumes and low population growth rates. In Southeast Asia, these sharks are classified as endangered, and in some regions are registered as an extinct species.