The Graceful Shark (scientific name Carcharhinus amblyrhynchoides) is a requiem shark listed in the Carcharhinidae family.

This shark resides in the tropical Indo-Pacific region, stretching from the Gulf of Aden to northern Australia. Graceful sharks can be spotted near Sri Lanka, the Philippines, Vietnam, Papua New Guinea and the Gulf of Thailand. Considering this wide range of inhabitancy, they might dwell anywhere in the area described. The graceful shark likes open waters but can be also found near shores and insular shelves. It can dive up to 50 meters. 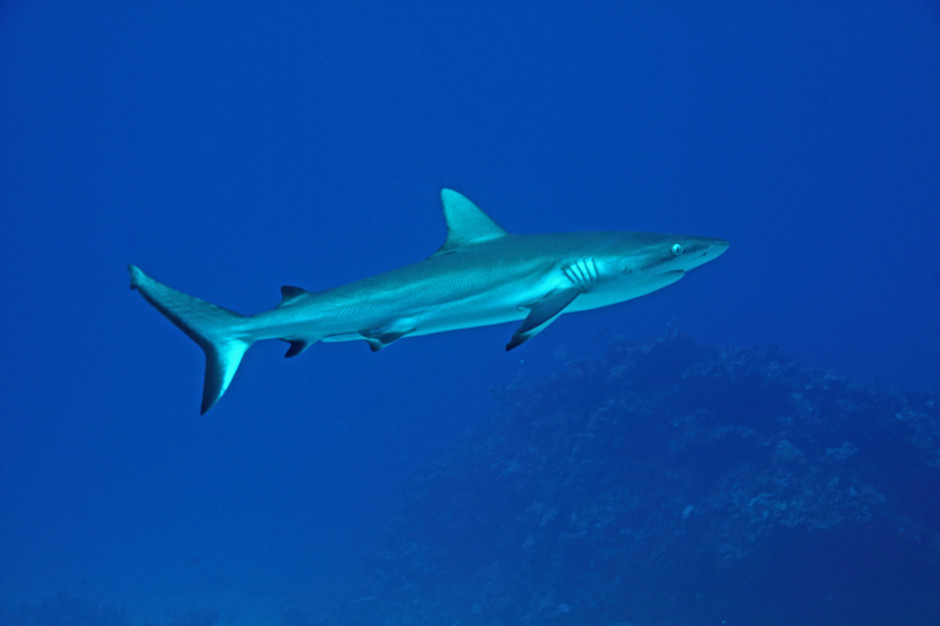 Despite its name, graceful shark’s body is described as “tubby”. It has a short and pointed snout, large and circular eyes, and fins with black tips, which tend to fade with age. They also have 5 pairs of rather long gill slits. In terms of color, they are bronze above and white below, which smoothly expands into the flanks as a pale stripe. This stocky shark can grow up to 1.7 meters long.

Graceful shark’s prey is usually bony fishes, with cephalopods and crustaceans to much lesser extent. It is viviparous, like other members of this family. Females give birth to a new generation after a 9–10 month gestation period in January-February.

This species has not posted any actual threat to humans, despite being potentially dangerous. Sometimes it is caught accidentally, mostly for its meat, fins and liver oil. Their numbers are somewhat reduced due to this fact. The International Union for Conservation of Nature has listed graceful sharks near threatened.