Unicorns of the sea

Narwhal is one of the rarest species of whale in the world. These mysterious unicorn-like creatures do exist and is actually close relative of belugas with similar mid-sized. Though they are quite difficult to track, they can be found in groups and through freezing water of the Arctic seas of Canada, Greenland, Norway, and Russia. 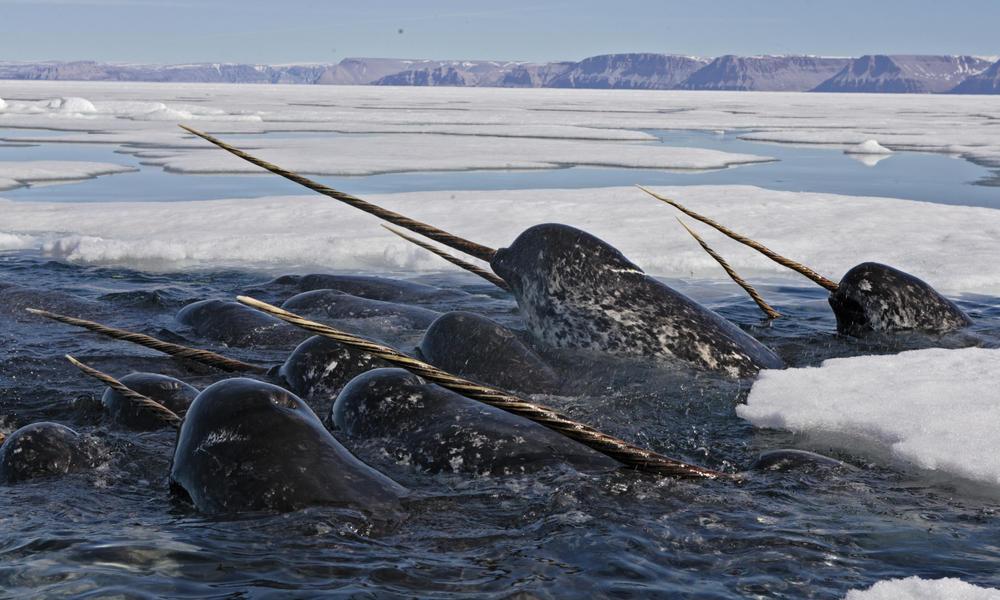 The scientific name is Monodon monoceros which is derived from Greek word “one tooth, one horn”. The horn is actually a canine tooth that grows from upper jaw of male narwhals and can reach up to 3 meters in length and some can grow two. The tusks are sensory organs with millions of nerve endings, used to help detect food and to show male dominance. The bigger the tusk the more alpha the narwhal is. Due to the lack of well-developed dentition in the mouth, Narwhals believed to consume their prey whole; mainly composed of shrimp, halibut, cod, and squid. They feed heavily during winter to store up enough energy for summer.

Another interesting fact about “Narwhal”, it is originated from old Norse word implying “corpse whale” but what is the reason behind? Simply because of physical appearance and behaviour; the skin has a mottled grey, white and black pigmentation and usually they just hang on the surface, static which mistaken for corpses of sailors at sea. On the other hand, Narwhals are one of the deepest diving mammals on Earth. They can go as deep as 1,500 meters and spend around 25 minutes underwater.

Here is a clip from Our Planet – Netflix and see how amazingly beautiful these creatures are: