Sand Tiger sharks are scientifically called Carcharias taurus. These sharks got their name due to the fact that they prefer to live on the sandy ocean floor, and usually stay near the coast.

The usual habitat for these fierce-looking sharks is the warm as well as temperate waters of the oceans. They can be found all over the world, the only exception is the regions in the eastern Pacific. Sand tiger sharks can be seen around reefs, underwater rocks, in shallow bays. They prefer to stay at the bottom or near the bottom at a depth of about 15-25 meters, and they can also be observed at a depth of up to 200 meters. 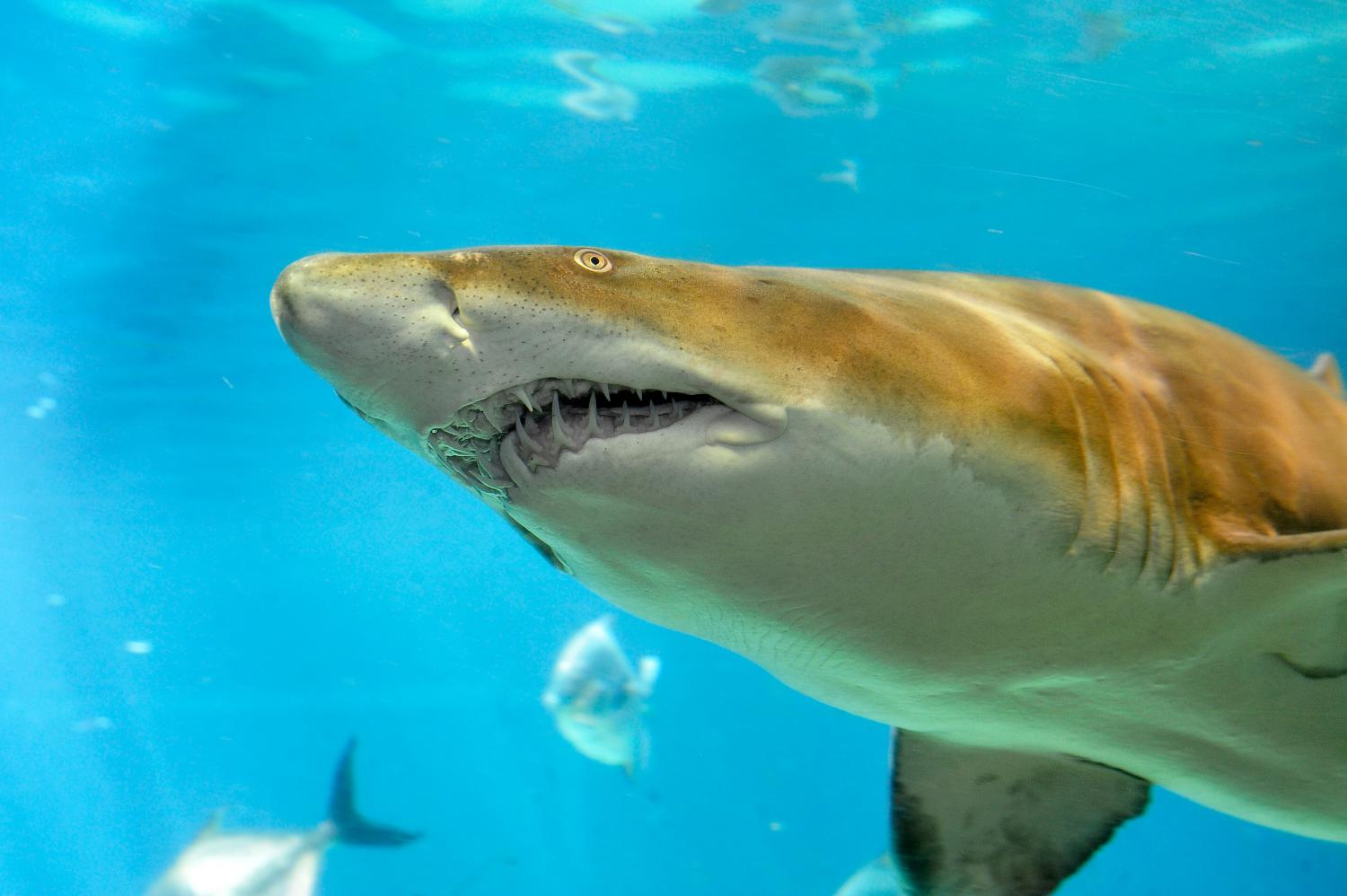 The approximate length of adults is 2-3 meters, the maximum recorded length is 3,5 meters. The average weight of such sharks is 90-135 kg. Estimated life expectancy is 15 years. The body of Sand Tiger shark is stocky, light brown in color, sometimes with dark dots. The muzzle is flattened, conical in shape with small eyes. The mouth is long with elongated and narrow teeth. The anterior dorsal fin is significantly shifted backward, while the dorsal fins are approximately the same in size.

This species of shark is a nocturnal predator and sometimes hunts in a pack. Their main diet is bony fish, as well as stingrays and squids. Sand tiger sharks have the ability to hang over the bottom when hunting, due to the fact that they can swallow air and this gives them an undeniable advantage in hunting.

This type of shark is among the vulnerable, as they are actively used for commercial fishing. In relation to humans, these sharks do not behave too aggressively, however, unprovoked attacks still occur, although extremely rarely, about 1-2 per year. Sand Tiger Sharks are often found in aquariums, they get along well with other fish and sharks and breed well in captivity.