The Spottail shark, or sorrah shark (Carcharhinus sorrah), is one of the genus species of gray sharks. A common species of shark that lives between 31 ° N. and 31 ° S on the continental and island shelves close to the coast at a depth of 140 m. It prefers a sandy bottom but also occurs near coral reefs. During the day it stays at the bottom, and at night rises to the surface. As a rule, it travels short distances not exceeding 50 km, but there is data on migrations over 1000 km.

Spottail shark is a small shark up to 1.8 m in size with a short, rounded muzzle, oval eyes, and narrow opposing rows of teeth. There are two dorsal fins. Juveniles of this shark, growing up to 70 cm, are colored yellow brown on the dorsal side with a white belly. Adults have a brownish-gray back and white belly. All fins have prominent black or dark brown tips. The posterior margin on the pectoral fins and the upper lobe of the caudal fin are darkened. 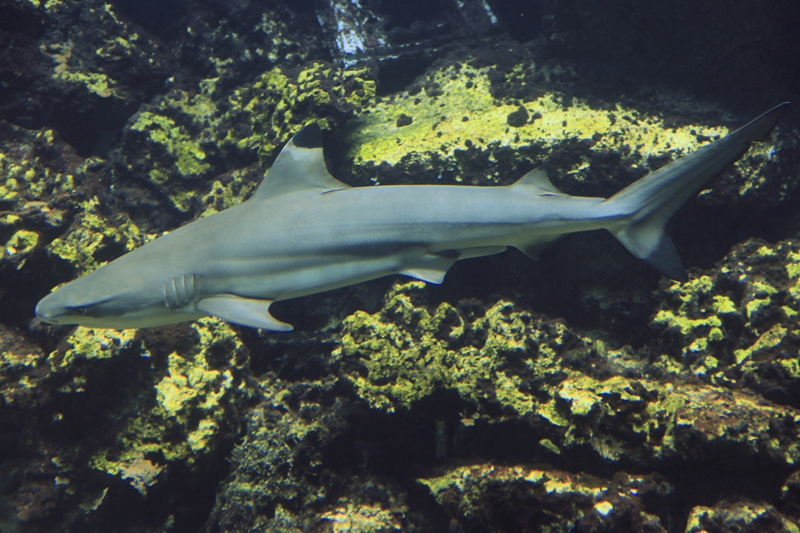 Spottail shark is found in shallow waters, near coral reefs, sometimes in the brackish waters of the Indo-Pacific coast from the Red Sea and East Africa including Madagascar, Mauritius, and Seychelles, in the Philippines, from the north coast of China to Australia, and the Santa Cruz Islands, to the Hawaiian Islands and The Islands of the Tuamotu archipelago. They sail through the Suez Canal into the eastern Mediterranean. Juveniles usually swim in lagoons along the coastline. Adults hunt in shallow waters, often on reef crests. These sharks have been spotted in mangrove forests and even in fresh water near the sea. They are found singly or in small groups. Possibly present in the Gulf of Aden, the Gulf of Oman, and off the coast of Sri Lanka.

Carcharhinus sorrah reaches a length of 160 cm, with a maximum recorded weight of 28 kilograms. The maximum documented lifespan is 8 years. Like other representatives of the genus of gray sharks, they are viviparous. Pregnancy lasts 10 months. The female brings offspring once a year. The size of newborns is about 50 cm.

The Spottail shark hunts quickly. In its diet are bony fish such as tuna and sea bass, stingrays, crabs, shrimps, crustaceans, cephalopods, and other mollusks. Some large sharks (1.6 m) attack even green sea turtles.

The Spottail shark is not dangerous to humans. It regularly can get into gillnets and longlines. Subjected to severe pressure from fisheries, especially in the Red Sea and the Gulf of Aden, also suffers from deteriorating habitat conditions. Fishing for these sharks off the coast of northern Australia is regulated. The conservation status of this species has been assessed by the IUCN as ‘Close to Preventive’ NT.