Ciona intestinalis, an invertebrate marine animal that looks like a tube. They spend their entire life attached to hard surface like crustaceans, bedrock, docks, boat hulls and pier with low wave exposure and some water flow. They are fairly scattered throughout the world, including European oceans.

Its Latin name means, “pillar of intestines”, referring to its body which is delicate, translucent column-like structure, similar to a mass of intestines growing from a rock. They can grow up to 12 cm (5 inches) high with a life span of a year. Sea squirt is hermaphroditic and releases sperm and eggs through the siphon. Fertilization occurs at the sea, and a tadpole-like larva is formed about 25 hours later. The larva lasts about 36 hours, depending on the water temperature, after which it settles and metamorphoses into an adult. 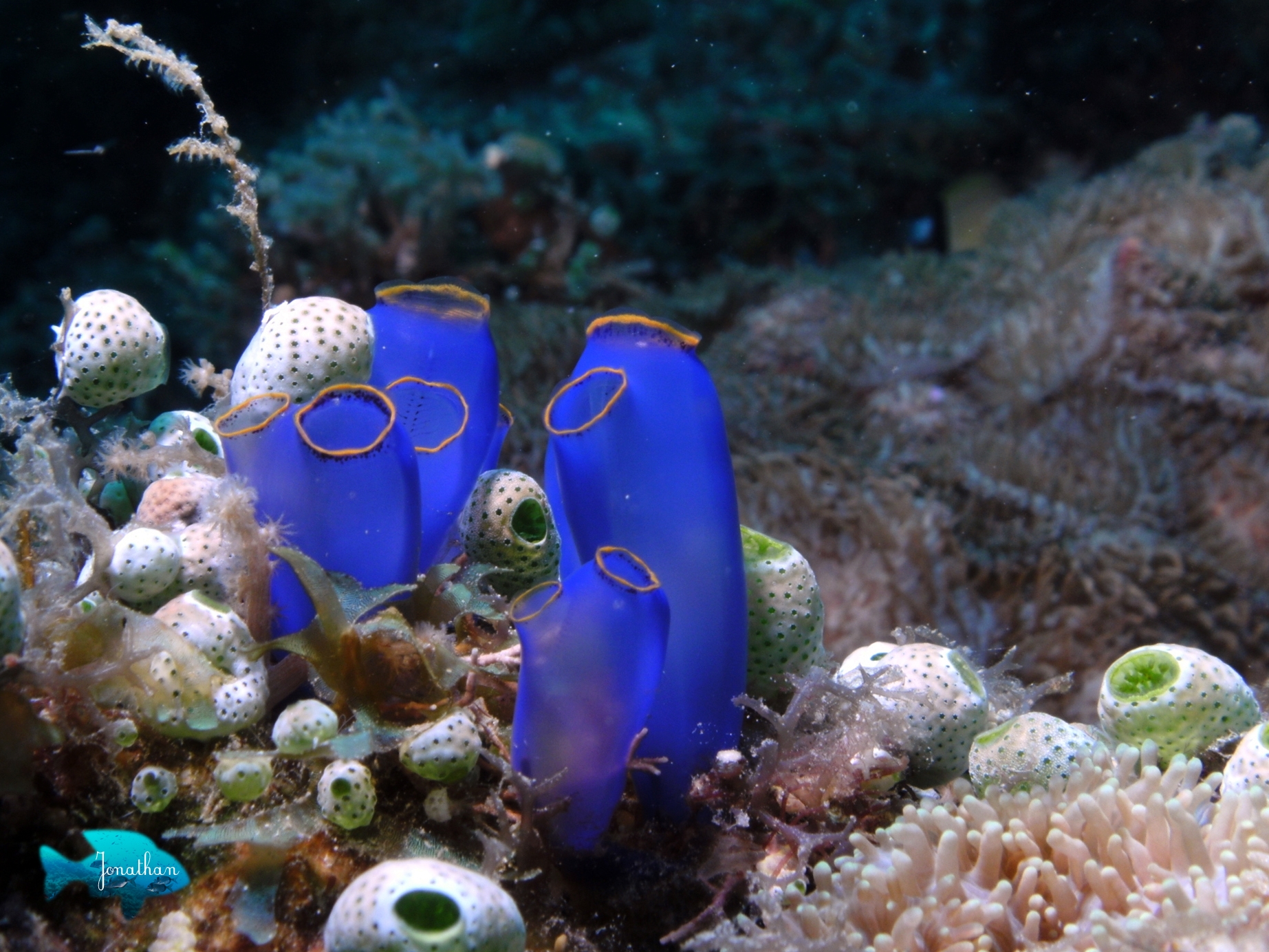 Wondering why it is called “Sea Squirt”? There are two openings, and they are called siphons. The bigger siphon works like a mouth, it filters out the planktons and algae to eat. After taking nutrients and oxygen it then squirts water and wastes out the other end.

Although we cannot see its organs from the outside of its body, the sea squirt has many similar parts to human bodies. These include a pharynx, heart, and reproductive organs. Their bodies also contain connective tissue cords that help it sustain its shape, muscle fibers, and epithelium. They also have nervous systems, digestive systems, and circulatory systems.