The silky shark (Carcharhinus falciformis) has a perfectly streamlined body and is a perfect swimmer. The peculiarity of this shark is that its skin has the softest placoid scales, which is why the shark got the name “silky”. This shark species owes its name to smooth skin. It is also called sickle or reef shark.

Adult silky sharks are about 2-3.5 meters in size. They are brownish-gray or even blackish in color and they can live for over 20 years. 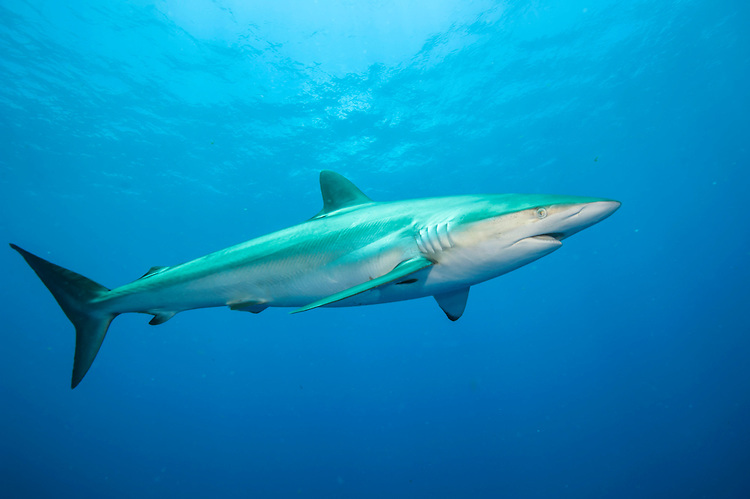 The main feature that distinguishes them from other shark species is the first back fin, which is located immediately after the end of the pectoral fin. Along with the white and blue shark, the silky shark is one of the most common. These sharks usually live at a depth of no more than 500 meters.

The main food for them is fish and shellfish. Silky sharks mainly swim in the upper layers, at a depth of about 10 meters. They love warm water layers heated by the sun. These predators’ prey on various types of tuna, mullet and squid.

These predators live in the western Atlantic Ocean. They can be found all the way from Massachusetts in the United States to Brazil. They are not found only in the Caribbean and the Gulf of Mexico. As for the east of the Atlantic, here they fell in love with the waters of Spain and Northern Angola. This type of shark can be found in other places around the world.