Spirobranchus giganteus are marine worms that looks like a Christmas tree with magnificent hued twin spirals of plumes used for feeding and respiration. With a body of not bigger than 5cm and height measuring around 4cm.

Christmas tree worms are widely distributed throughout tropical and sub-tropical seas, from Pacific Ocean, the Red Sea, the Mediterranean, the Caribbean Sea, and the rest of the Atlantic Ocean.

Spirobranchus translates basically as “spiral gills”, the most evident characteristics of its morphology. It is composed of radioles, or hair-like tentacles or “feathers” that grows from its central spine. These gills are usually exposed to use as a trap and catch planktons and microscopic particles to consume.

While the term giganteus, means giant, most likely referring to the fact that it is one of the biggest polychaetes among the serpulids. 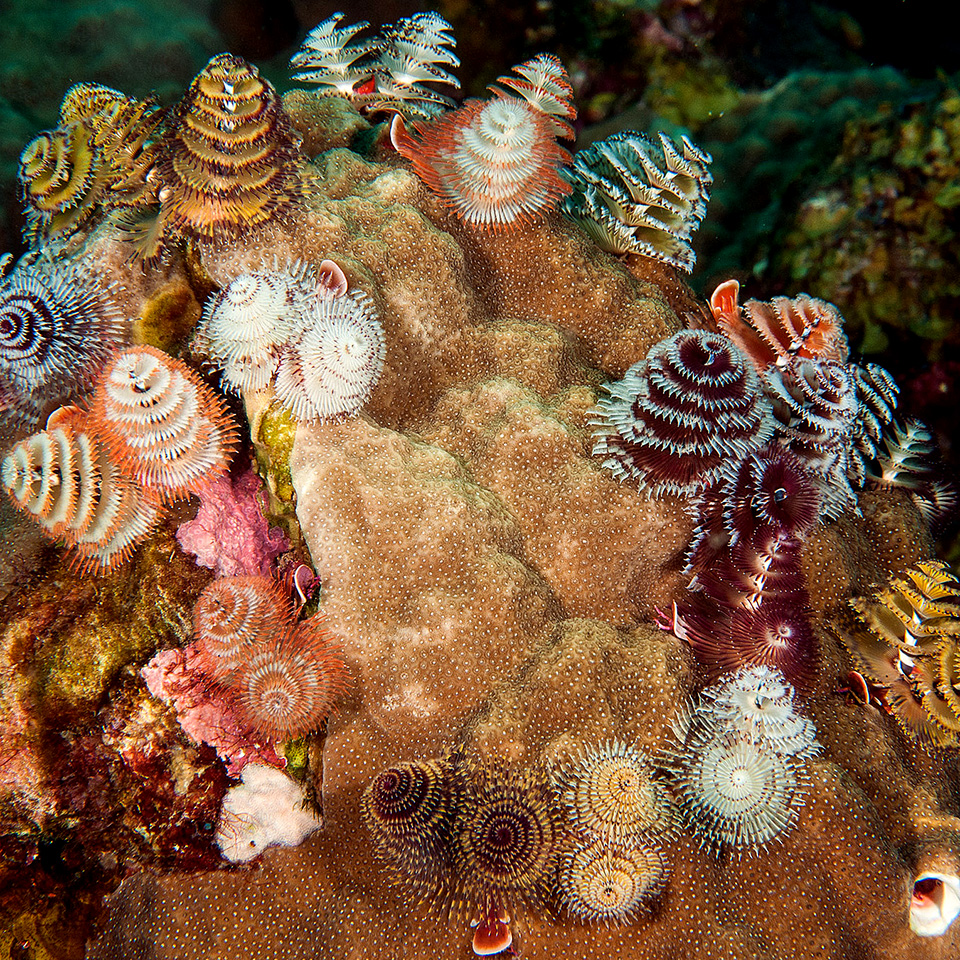 These worms are sedentary, meaning that they are relatively still. They attach themselves on skeleton coral heads – called Porites – and grow by digging a tunnel to anchored and settle.

Here is a video from Oceana: