Metasepia pfefferi, also known as flamboyant cuttlefish. They can be found in shallow and sandy sea floor of tropical Indo-Pacific waters off northern Australia, New Guinea, islands of the Philippines, Indonesia, and Malaysia.

There’s a lot of interesting facts that you might find in this specie like its alleged poisonous nature. They are incredibly small (up to 8 cm) yet highly noticeable for its colorful and beautiful appearance.

Flamboyant cuttlefish are unique as well for its internal shell of the cuttlebone that helps them to maintain buoyancy by adjusting the levels of gas and liquid in its chambers. They cannot hover and swim for a long period of time due to weak cuttlebone, instead they use their arms as legs to walk around or so-called Bipedalism; a locomotion which is not so common in nature.

Their skin contains chromatophores, a pigment-containing cells that can change the color of the skin. Their function is to adjust the body coloration to its surroundings, depending upon the situation; they may be trying to entice prey, threaten predators, or put on a mating display.

Its default color is dark brown with covering patterns of white and yellow. These colors can change to impressive vibrant colors and patterns. The arms are tipped pink to purple.

In the middle of eight arms, there is a small beak, which use to smash the shells of mollusks, crabs, and other crustaceans. 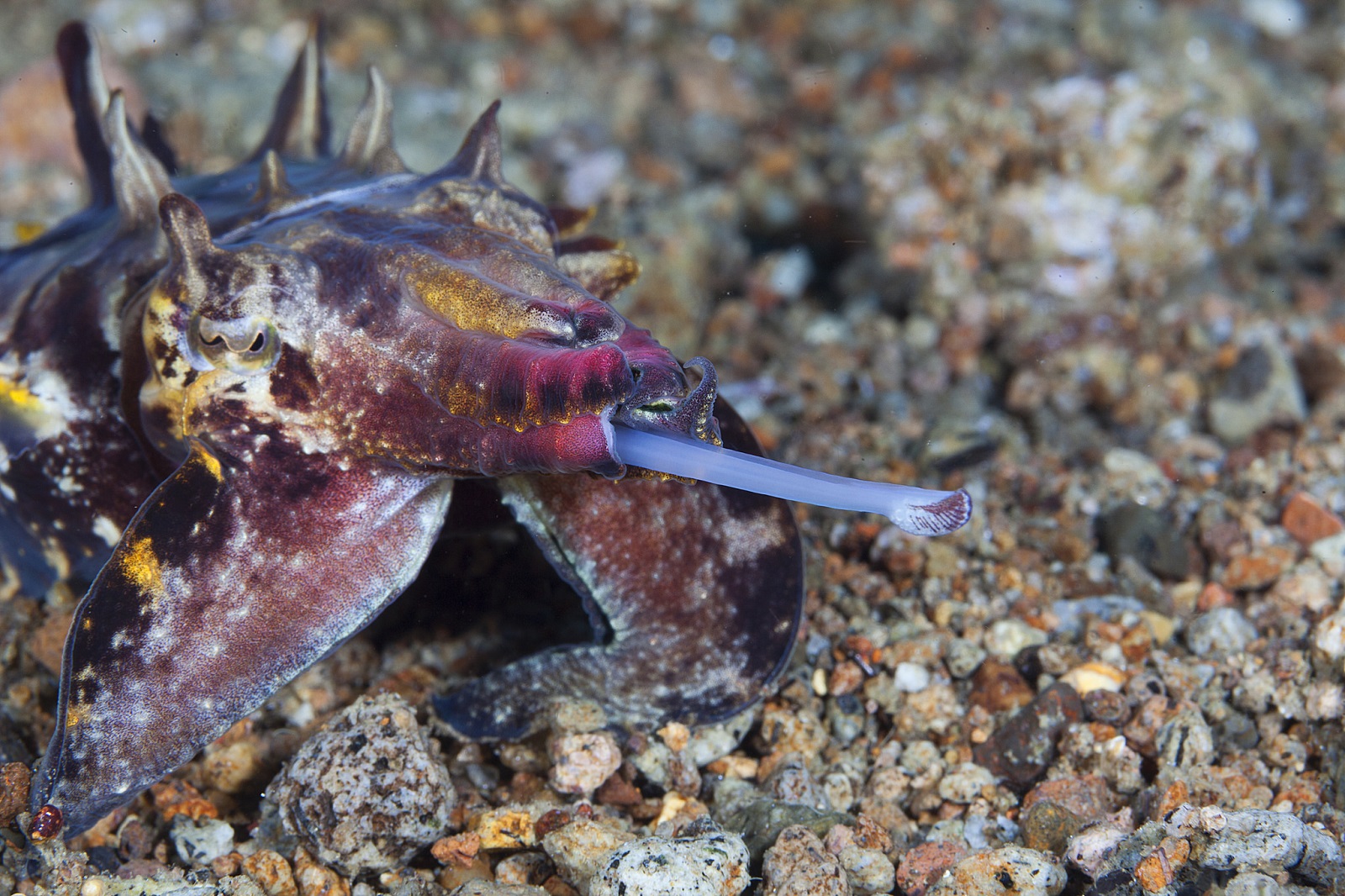 Additional fact on how to distinguish the gender is that females tend to be bigger than males in size. Females are picky when it comes to choosing a mate. Males needed to court females for a long period of time and half of the times failed to convince one to mate with them. One female can mate with several males and the mating process is short, lasting only for a couple of seconds and they can lay about 5 to 25 eggs.

Here is a video of the Flamboyant cuttlefish from Oceana YouTube channel: