How long have humans been visiting the underwater world assisted only by natural born attributes?  Most freedivers are aware of the rich history of the sport and one of the earliest freediving cultures known being Japan’s Ama divers and was dated back to 300 BC.

Ama means “woman of the sea” are Japanese divers that are famous for collecting pearls but initially, they have dived for food like seaweed, shellfish, lobsters, octopus, and sea urchins.

Traditionally, and even as recent as the 1960s, Ama dived wearing only a fundoshi (loincloth) all-white sheer diving uniform and tenugui (bandana) to be more presentable and to enhance the ease of movement while diving and as it was believed to ward off sharks. They used a wooden barrel as a buoy, they were connected to it by a rope and would use it to rest and catch their breath between dives. 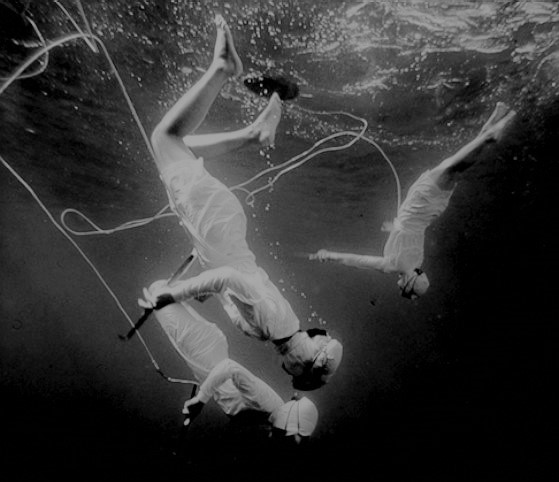 Ama do not dive in buddy pairs but in groups of 5 to 10 women with depths of up to 20 meters. They use a unique breathing technique called the Isobue or “sea whistle”.  The Isobue is used to relax the Ama during their surface intervals, which are very short, typically less than 60 seconds. The whistle is a long and slow exhalation. Ama equalize hands free via ‘Beance Tubaire Volontaire’ BTV maneuver as their masks do not feature the flexible nose pocket. 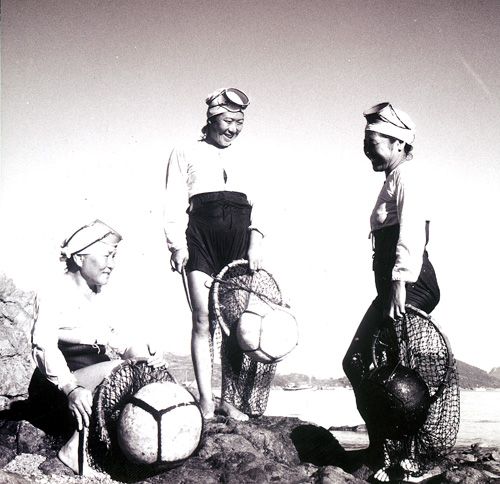 One of the reasons Ama are mainly female is said to be their thicker layer of fat than their male counterparts to help them endure the cold water during long periods of diving. Another reason is the self-supporting nature of the profession, allowing women to live independently and foster strong communities.

Here is a link to a video of the last Ama pearl diver: